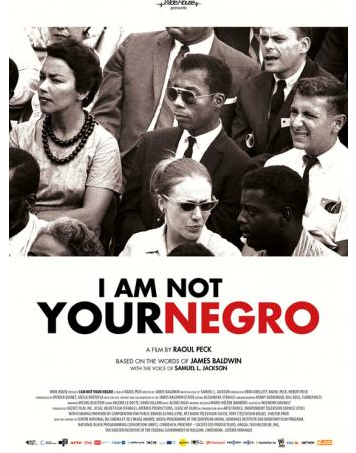 JELANI COBB, STAFF WRITER, "THE NEW YORKER": It was kind of whiplash, you know, because there was a great deal of relief and joy, jubilation really, at the guilty verdict that came down in the Derek Chauvin trial. And then just that quickly, people were kind of whipsawed back into this grieving mode. The Eleventh Hour, Brian Williams, transcript

In 1961, author James Baldwin was asked by a radio host about being Black in America. He said:

To be a Negro in this country and to be relatively conscious is to be in a state of rage almost, almost all of the time — and in one's work. And part of the rage is this: It isn't only what is happening to you. But it's what's happening all around you and all of the time in the face of the most extraordinary and criminal indifference, indifference of most white people in this country, and their ignorance. Now, since this is so, it's a great temptation to simplify the issues under the illusion that if you simplify them enough, people will recognize them. I think this illusion is very dangerous because, in fact, it isn't the way it works. A complex thing can't be made simple. You simply have to try to deal with it in all its complexity and hope to get that complexity across.

I wept at the verdict Tuesday. Seeing George Floyd's murderer led out in handcuffs was cathartic, saddening, and angering. This was not justice: it was accountability.

In the book "Castes: The Origins of Our Discontents," by Isabel Wilkerson, she says in an NPR interview: "caste is the granting or withholding of respect, status, honor, attention, privileges, resources, the benefit of the doubt, and human kindness to someone on the basis of their perceived rank or standing in the hierarchy." Racism and casteism do overlap, she writes, noting that "what some people call racism could be seen as merely one manifestation of the degree to which we have internalized the larger American caste system." -NPR

Also in her book is Leon Lederman.

The Nobel Prize in Physics 1988

Prize motivation: "for the neutrino beam method and the demonstration of the doublet structure of the leptons through the discovery of the muon neutrino."

Dr. Lederman, Isabel Wilkerson writes, died having sold his Nobel Prize medal for $765,000 to pay his medical bills in the richest country in the world. A Nobel laureate died in a nursing home, in "exceptional America." That fact gobsmacked me.

Dr. Lederman's demise is the result of the exceptionalism that allowed six Klansmen and three American Nazi Party members to be acquitted of all charges in the Greensboro Massacre, the crime evidence on tape.

Just like Rodney King's beating. Just like Eric Garner's public lynching for selling loose cigarettes in NYC, the first black man to say "I can't breath" recorded. Tamir Rice only had seconds to play with a toy gun before he was summarily executed. Just like George Floyd.

We held our breaths because we've all been down this road before. Guilty on all counts, and the same forces that freed Klansmen, Nazis, and rogue cops started harping that the sequestered jury was somehow "bullied" because they looked at the evidence, and reached a verdict. It feels wrong to them because the jury wasn't in a southern courtroom, or Semi Valley: because the jury wasn't "all-white," making a mockery of the term "jury of one's peers."

We didn't get to breathe for George before losing Daunte Wright, Ma'Khia Bryant. This state terror feels mechanistic, steampunk: programmed. This timeline of death is psychotic and persistent. Like the Coronavirus, its only function is to exist, to thrive, even though its complete migration throughout the body politic causes eventually, according to Merriam-Webster: “[T]he irreversible cessation of all vital functions especially as indicated by a permanent stoppage of the heart, respiration, and brain activity: the end of life.” Apoptosis can apply to nation-states. Rome and England are tourist destinations now.

Racism is a moribund concept. It's the ultimate narcissism, the mother of all "isms" when you're supremely confident your "in" group has discovered and propagated the perfect gaslighting shtick over people of color, women, LGBT, immigrants. The only way the façade continues is that it must relentlessly be reinforced by state-sanctioned violence.

It is state-sanctioned violence to steal land inhabited by First Nation people already here, then put them on "reservations," segregated from the political machinations of power.

It is state-sanctioned violence to kidnap Africans for uncompensated labor, hold them in bondage for centuries, segregate them in government housing projects ("ghettos"), refuse to discuss reparations, redline homeownership, give white GIs home loans, and scholarships for college after WWII, and complain the problem with the African diaspora is they're "lazy."

It is state-sanctioned violence that forty-four transgender or gender-nonconforming citizens were killed in 2020.

It is state-sanctioned violence that the Anti-Asian Hate Crimes Bill had one lone nay vote from the same raised-fist "Mr. Woody" senator that helped incite an insurrection.

State-sanctioned violence has a boomerang effect: it is karmic. It is why we performed so badly in a once-in-a-century pandemic. It is why their mortality rates are high, their opiate addiction is a crisis, and their birth rates are low. They are not being replaced. The very machinations put in place to publicly lynch, put Orwellian boots-to-face, or "knees on necks" on society's "least of these" eventually affects someone even narcissists might care about.

Like smokestacks on pickup trucks to "own the libs," as if they breathe some other atmosphere on another planet, this state-sanctioned violence caused the bankruptcy and eventual death of a physics Nobel laureate. This is the epitome of madness.

"To be a Negro in this country and to be relatively conscious is to be in a state of rage almost, almost all of the time."

You can't possibly imagine how enraged I feel most of the time.