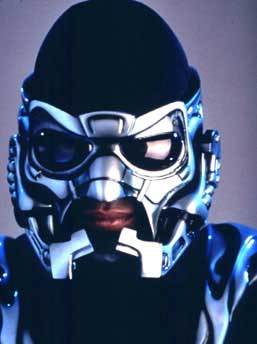 A black superhero? Not just any superhero — M.A.N.T.I.S. is the story of Dr. Miles Hawkins (played by Carl Lumbly), a rich, brilliant scientist who was paralyzed from the waist down after being shot. Since his injury, Hawkins used his vast resources to develop his vigilante gadgets - enough to make even Batman jealous. Among his arsenal is, of course, the M.A.N.T.I.S. suit, a flying oldschool lowrider called the Crysalid, darts which could immobilize people instantly, and a huge underground cove from which he conducted his crime fighting operation — sort of like the Batcave, but with more technology than Bruce Wayne could ever afford.