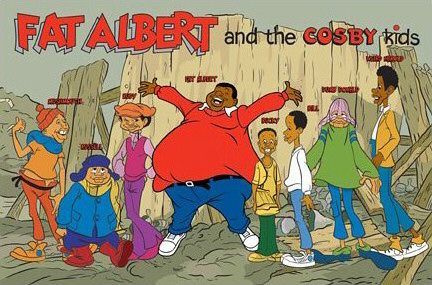 Fat Albert first appeared in Cosby's stand-up comedy routine "Buck Buck," as recorded on his 1967 album Revenge. The stories were based upon Cosby's tales about growing up in the inner city of West Philadelphia. In 1969, Cosby and veteran animator Ken Mundie brought Fat Albert to animation in a one-shot prime-time special entitled Hey, Hey, Hey, It's Fat Albert. The special, which aired on NBC, was a hybrid of live-action and animation. The music for the special (and later the series) was written and performed by jazz pianist/keyboardist Herbie Hancock in 1969 and was released on the Warner Bros. album Fat Albert Rotunda. The producers wanted NBC to bring Fat Albert to Saturday mornings, but they refused because the series was too educational. [2]. So, Bill Cosby and a new production company, Filmation Associates, took the property to CBS. The series, now titled Fat Albert and the Cosby Kids, premiered on September 9, 1972 on CBS for a 12-year run (however, it was not in continuous production). It also spent another season in first-run syndication in 1984-1985. Several prime-time holiday specials featuring the characters were also produced. Like most animated series at the time, Fat Albert and the Cosby Kids contained a laugh track. Fat Albert and the Cosby Kids received an Emmy nomination in 1974. Production of the series overlapped with the start of production of Cosby's live-action sitcom, The Cosby Show, which began airing in the fall of 1984. 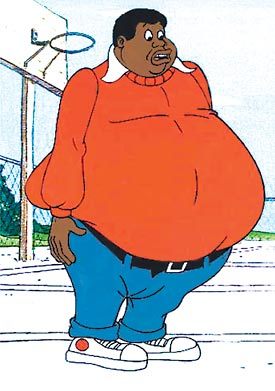 * In 2002, Fat Albert was placed at number 12 on TV Guide's list of the 50 Greatest Cartoon Characters of All Time. The Fat Albert Gang's character images were primarily created by the artist Randy Hollar with the assistance of one-time Disney animator Michelle McKinney, under the direction of Ken Brown. Fat Albert is a 2004 live-action/animated film based on the Filmation animated series Fat Albert and the Cosby Kids. The movie was produced by Davis Entertainment for 20th Century Fox, and stars Kenan Thompson as the title character. The plot surrounds Fat Albert and the gang leaving the cartoon world and entering the real world in order to help a teenage adolescent deal with the challenges of being unpopular, and not having any friends except her adopted sister. Her unpopularity stemmed from her tendency to withdraw into a world of her own as a consequence of the death of her grandfather, Albert Robertson, who was actually the inspiration for the Fat Albert character. It is up to Fat Albert and the gang to show her that she is special and can make friends. 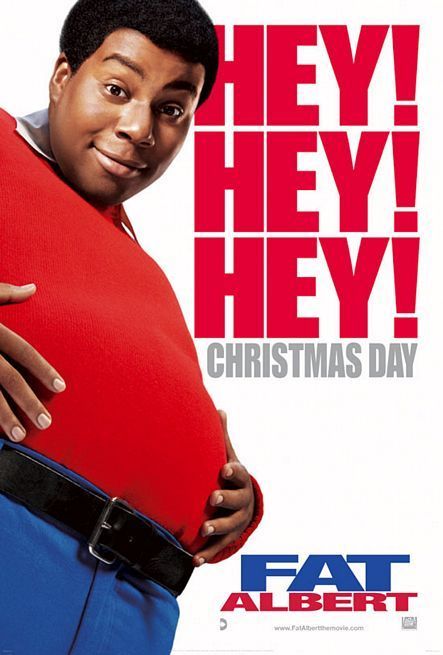 Unlike some movies that melt the cartoon world with the real world while at the same time keeping the cartoon characters two dimensional, e.g Who Framed Roger Rabbit, Fat Albert takes a twist and transforms the cartoon characters into three dimensional humans, who have to come to grips with the differences that exist between their world and the real world (like Enchanted). Critics were not impressed with the film, whose characters may not have been familiar to a generation raised on other recent franchises. But the film did modest business at the box office, making $48 million.