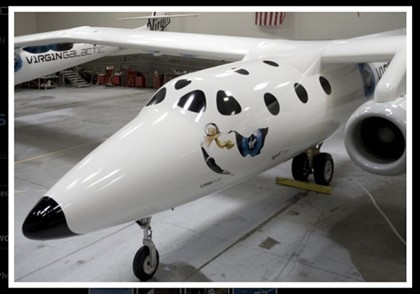 Trip to Space on Virgin Galactic Price tag: $200,000 Being fabulously affluent isn’t all chocolate truffles and champagne fountains. There are days when all those stocks, bearer bonds and hedge funds in the Caymans just weigh you down, and you long to get away from it all. That’s when it's time to fly Virgin Galactic and take a load off. The Richard Branson venture promises to transport the well-heeled on a three-and-a-half-hour round trip that’s literally out of this world. Virgin's specially designed aircraft will whisk you into suborbital space, where you'll experience weightlessness for a few minutes. Then, on the homeward voyage to Earth, according to Branson, “the spacecraft turns into a giant shuttlecock” -- an image that may alarm anyone who’s watched a game of badminton and noticed how often the shuttlecock spins out of control and crashes into the ground. Surely, those fears are groundless. But just in case, Virgin Galactic will make sure that your check clears before you take off.

Tags: a, anyone, down, for, real, space, to, trip
Email me when people reply –
Follow