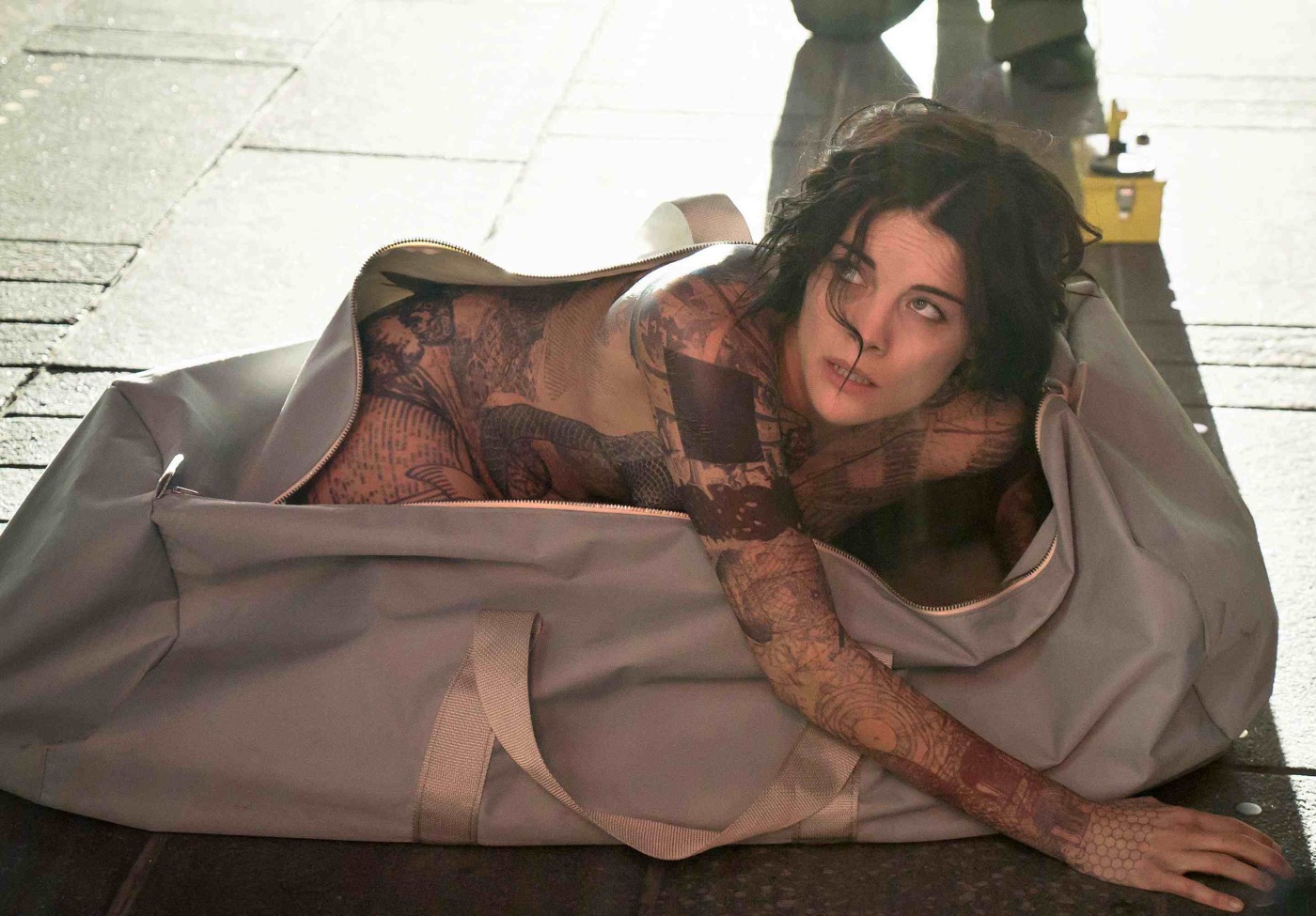 When television says a show is “new,” it’s kind of like a “new” version of a fast-food item or a breakfast cereal: it’s the same ingredients, basically; the only thing “new” is that word in the description. So we come to one of the “new” shows of the “new” fall season, Blindspot (Mondays, 10 ET, NBC).

A large duffel bag is found in the middle of a busy sidewalk in Times Square, with a tag asking for the FBI to be called. Inside the bag is a young woman whose body is covered in tattoos. The FBI calls in Kurt Weller, head of one of their Critical Incident Response Teams. (I didn’t know such a thing existed but it’s a real thing. Think the team on Criminal Minds, except instead of profilers, they’re a SWAT team.) Weller has no idea who this Jane Doe is (there’s no record of her in any database) but one of her tattoos, in the middle of her back, is his name. 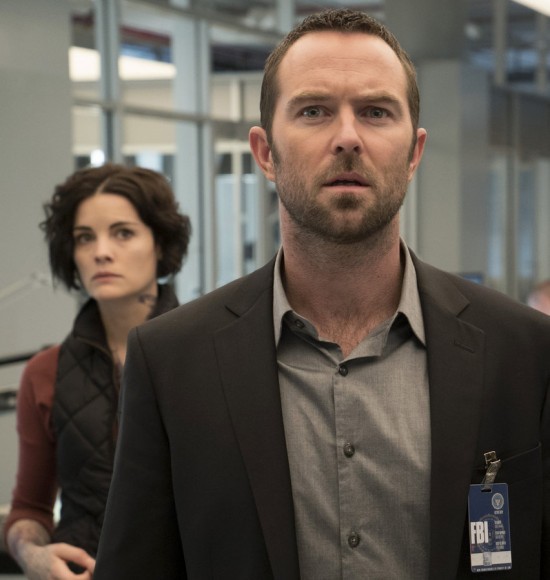 But our Jane Doe has no idea who she is, either: almost all of her memory has been chemically deleted. She can remember how to walk and talk but she doesn’t know if she prefers coffee to tea. (Coffee, it turns out; tea, she says, tastes like “grass clippings.”) One of Jane’s tattoos is in Chinese, and she can read it. It’s an address and a date—that day’s date—and she accompanies Weller and his team and helps thwart a terrorist plot, demonstrating expert-level combat skills. Weller concludes her tattoos, only three-weeks old and all done at once, are a “treasure map” created by someone who enjoys puzzles.

But who? And why?

Blindspot could be the New Millennium version of previous “amnesia-conspiracy” shows like Nowhere Man (UPN, 1995-96) and Coronet Blue (CBS, 1967), but it is probably best described as “the opposite of The Blacklist.

Red Reddington turns himself into the FBI voluntarily and is somehow linked to novice FBI agent Elizabeth Keen.

Jane Doe is turned over to the FBI involuntarily and is somehow linked to experienced FBI agent Weller.

Red “helps” the FBI solve cases on the “Blacklist,” a list of evil-doers filed away in his head.

Jane “helps” the FBI solve cases involving evil-doers that are tattooed on her body. There’s very little in her head.

Both Red and Jane work with special FBI units with wide-ranging powers. And chemically-induced memory editing was a major plot point in last season’s Blacklist. Ultimately, Blindspot’s success will be dependent upon its ability to maintain its Lost-like, gradually revealed mythos while avoiding WTF moments like Jane just happening to notice the Chinese tattoo (she hadn’t seen it previously ‘cause it was behind her left ear, despite the number of times in the episode she examines her body)—and apparently there’s no one in the FBI who reads Chinese.

But hey, this is just the pilot. Things could get better.