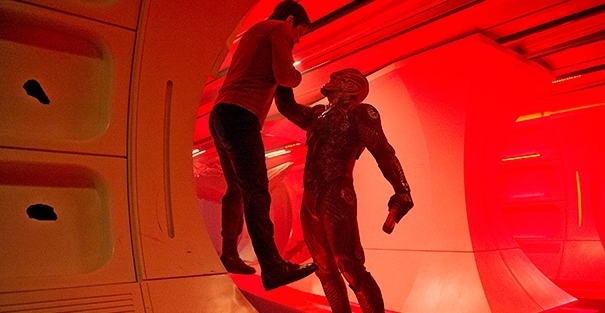 Good news for Star Trek fans. First, all the events depicted in the movies since 2009 are officially designated as taking place in the “Kelvin Timeline” (formerly the “Abramsverse,” “JJverse,” etc.). These events now take place in an “alternate reality” that has nothing to do with anything that came before it. (So when the new Star Trek series debuts next January, it will be in the Prime Timeline, where Vulcan still exists, Chekov is alive (his part will not be recast in future movies, RIP Anton Yelchin), Spock and Uhura are not an item (bummer) and Sulu is straight.) Second, and most important: the third movie in the rebooted series, Star Trek Beyond, is way better than the previous entries. 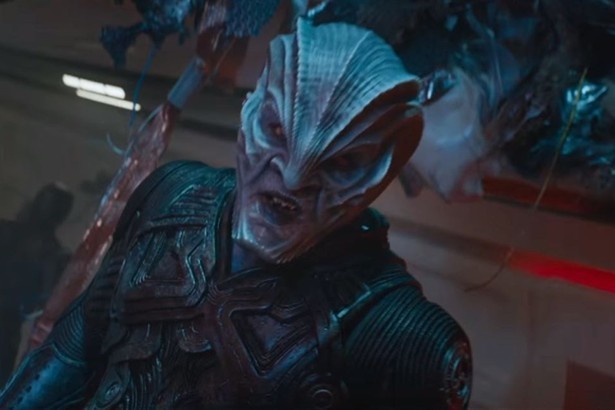 The first two movies weren’t “bad,” but… The filmmakers played things “safe,” starting with an origin story (as if, after half a century, there was anyone on the planet who didn’t know what “Star Trek” was (okay, I have run into a few people who get Trek and Wars confused) and then doing a sort of half-azzed reworking of what is arguably the most popular (so far) of the dozen feature films. Beyond was written and directed by real fans of the franchise, not dabblers who “never watched the show” and “were more into Star Wars.” This movie finally ventures where no Star Trek film had gone before. And in honor of the franchise/phenomenon’s fiftieth anniversary this year, it’s sort of a love letter to the fans, with a script borrowing plot points (and Easter eggs) from everything that went before it. 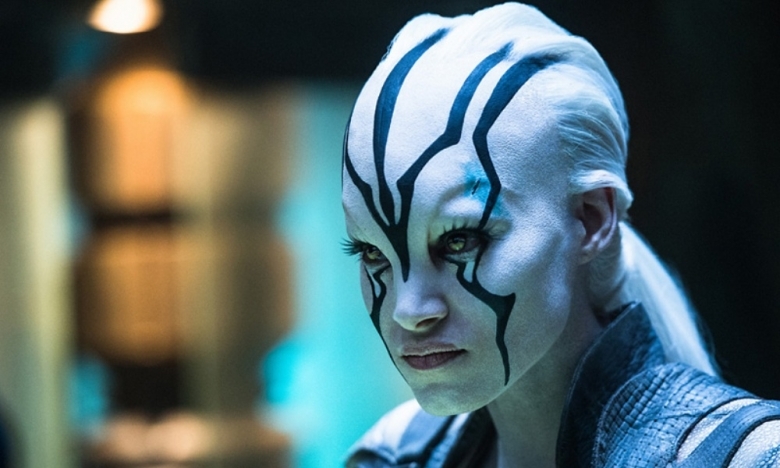 Three years into its five-year mission (the point at which the TV series was cancelled (egg one) Captain Kirk is having second thoughts about saving the galaxy, but he and the crew are called to investigate (another) strange phenomenon, a mysterious something that is grabbing passing spaceships. That “something” turns out to be Krall, a being who is obsessed with destroying the United Federation of Planets, the UN-like organization that seeks to bring peace and cooperation to the galaxy. And somehow, Kirk and Company must stop him.

To say more would spoil the many surprises sprinkled throughout the script. Writers Simon Pegg (who plays Chief Engineer Montgomery Scott) and Doug Jung (and uncredited writers J.D. Payne and Patrick McKay, who are set to write the already-greenlighted Star Trek 4) realized something even Gene Roddenberry and his successors didn’t seem to know: sure, Star Trek is the story of Kirk and Spock (with Dr. McCoy thrown in), but to the fans, it was always an ensemble piece—the fans also wanted to see Scotty, Uhura, Sulu and Chekov do something more than just push buttons. And the fans appreciated the humor (which Roddenberry really hated): the fans wanted to see not so much that the characters could laugh at each other or at themselelves, they wanted to see that the characters laugh, period.

Justin Lin, at first seen as an unlikely choice to direct this movie, knows how to keep the action moving but not overwhelming, and is surprisingly good with the quieter (that is, character-driven) moments. And NO LENS FLARES!

As Star Trek turns fifty, Star Trek Beyond proves that there’s life in the old series yet.