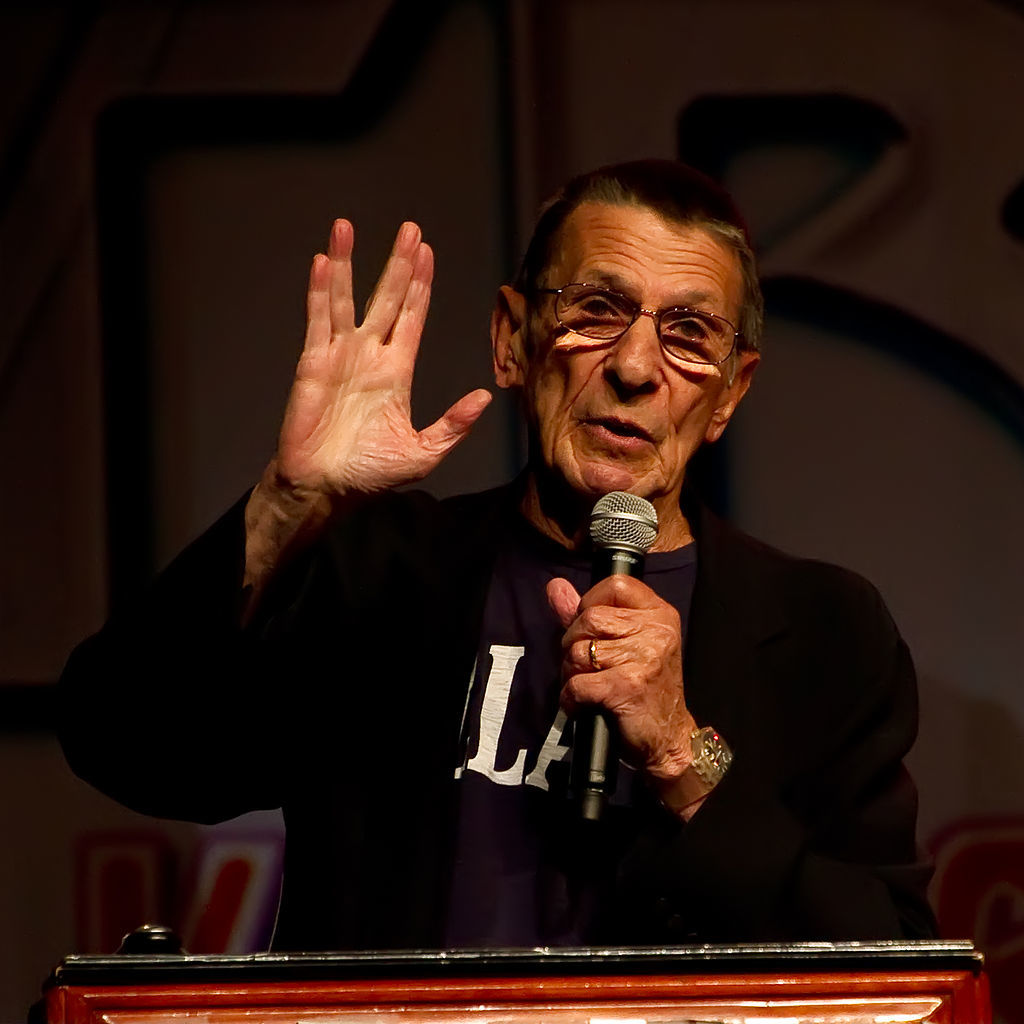 Leonard Nimoy was an accomplished poet, voice actor, photographer, director, screenwriter, and author. He began performing at age 8 in local productions around his hometown, Boston. While serving in the Army Reserve he produced and directed shows for the Special Services. In the early 1950s he moved to Los Angeles and worked “typical actor's” jobs while waiting for that “big break.” Through the next decade had small parts in numerous popular television series including Wagon Train, The Twilight Zone and The Man from U.N.C.L.E. Then in 1964 he got his first big break, the role of an “alien crewman” in the pilot for a television series called Star Trek.

NBC, the network interested in the show, did not like the pilot. (They considered it “too much thinking” for a TV show.) But they did like the concept, and the alien character, so a second pilot was commissioned. The Alien Crewman, Spock, was promoted from junior officer to second in command. NBC liked this pilot better and the show debuted on September 6, 1966. This gave Nimoy the distinction of being the only actor to have appeared in every episode and incarnation of the original Star Trek series. Much of Spock and Vulcans in general was a result of Nimoy’s input. When they needed a gesture of greeting for Vulcans, he suggested a variation of a gesture he’d seen rabbis perform: this became the “Vulcan salute.” When Spock was required to fight his way out of a tough situation, he suggested that as “advanced” a species as Vulcans would not resort to fisticuffs and suggested what became known as the FVNP (Famous Vulcan Nerve [or Neck] Pinch). He was nominated for a Best Supporting Actor Emmy every year the Original Series aired. Although he never won, he remains the only actor ever nominated for their work on a Star Trek series.

When the series was canceled he sought to distance himself from the character, writing an autobiography titled I Am Not Spock in 1975. He was so reluctant to play the character again a new Vulcan (Xon) was created to replace him in Star Trek: Phase II, an attempt to return the series to television in 1977. When it was decided to make a movie in the wake of the success of Star Wars, Nimoy returned for Star Trek: The Motion Picture (1979). Nimoy directed The Search for Spock (1984) and the The Voyage Home (1986), still the most commercially successful of the eleven Star Trek films. (His his greatest success as a director was Three Men and a Baby, which was the highest-grossing film of 1987.) 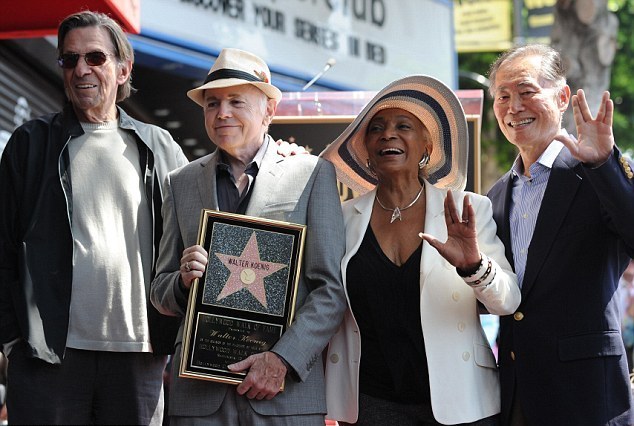 Post‑Star Trek he played Paris, the master of disguise on Mission: Impossible after Martin Landau left the series. (Interestingly, Landau had also auditioned to play Spock.) He provided narration for In Search Of… and most recently played William Bell, Walter Bishop’s “frenemy” on Fringe. He revived Spock for two episodes of Star Trek: The Next Generation and appeared as “Spock Prime” in Star Trek (2009) and Star Trek Into Darkness (2013). Unlike William Shatner, whose relationship with the other original series cast members was at times “problematic,” Nimoy remained close to costars.

Pop psychologists could have a field day debating the appeal of Spock vs. Kirk. Kirk appeals most to white males because he is sure, aggressive, decisive, unquestionably in charge—entitled— and always gets the girl. Spock appeals to everyone else because he is the Other, the outsider, the one who, although “accepted,” feels more like he’s really just being “tolerated,” the one who must always prove himself, who cannot show how he really feels, who must always “set the example” and is the representative of his whole race. The one who is respected for his abilities, what he can do, but never entirely trusted. The one who is “almost as good,” part of the gang but never really “one of us.” The one who is often misunderstood and who must always explain himself. The one who, when the chips are down, the others will turn against. 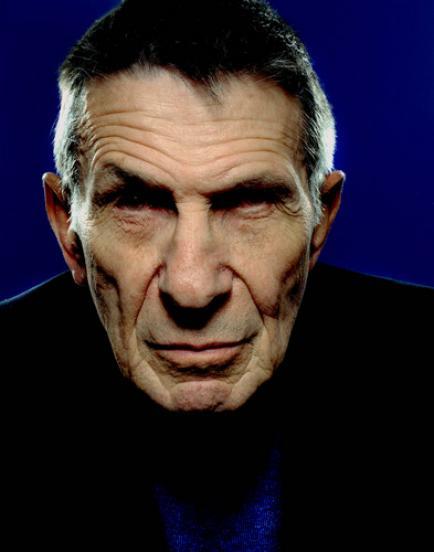 But he is also the one who manages to rise above it all,

To many marginalized people, Spock was one of us. Spock will live on. We will miss the actor who created him.