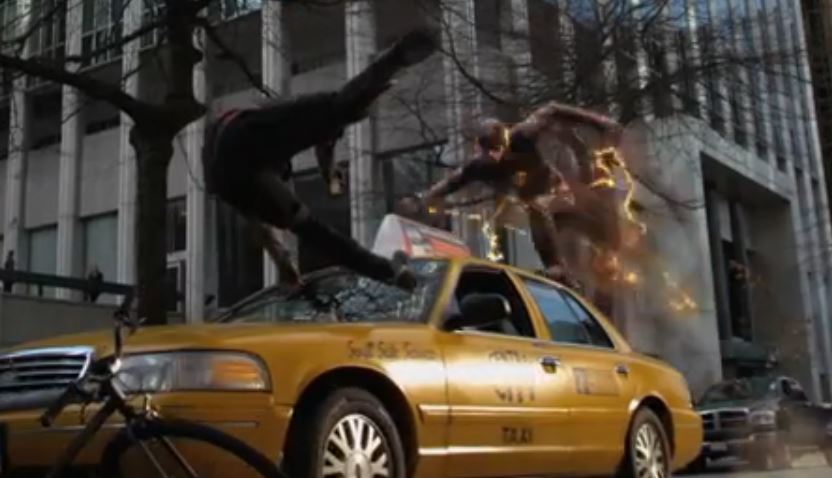 The great thing about comic book superheroes is they've been around a long time—most for over fifty years—and in that time, out of necessity and desperation, their stories have been redone and re-imagined and re-interpreted so many times (at least a dozen stories a year for half a century, more than 600 tales and 12,000 comics pages to fill) there is a wealth of material for present-day writers to choose from. Take the Flash, the DC Comics character who ushered in the Silver Age of Comics.

The original Flash was introduced in 1940, gaining his speed from accidentally inhaling a chemical mixture. The Flash we are most familiar with, Barry Allen, was introduced in 1956, gaining his powers after inhaling a chemical mixture and getting hit by lightning. That lightning struck again in 1959 when Wally West, a teenager visiting Barry, experienced the same accident. By 1995 the writers began to feel superheroes huffing to get their powers was kinda lame so they invented the Speed Force, an “extradimensional energy source” from which all speedsters gained their abilities (in the DC Universe, anyway). By 2008 the writers gave Barry (who had come back from the dead, long story) a tragic 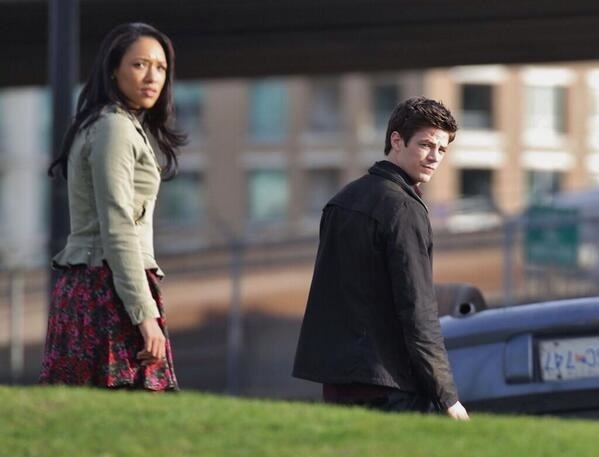 the crime. (The real murder turned out to be a Flash enemy from the 25th century, first introduced in 1963.) So taking a little bit of this and a little bit of that, we get CW’s The Flash (Tuesdays, 8:00 ET).back story in the Batman mode: his mother had been murdered and his father blamed for

Eleven-year-old Barry Allen witnesses his mother’s murder; she is surrounded by “lightning” and in the middle of it all, he sees a face. His father is convicted of the crime and sentenced to life in prison. Fourteen years later, Barry, now a CSI with the Central City police, is hit by lightning when S.T.A.R. Lab’s particle accelerator malfunctions. He awakes from a coma to discover he is now “the fastest man alive.”

The creators of The Flash both honor and tamper with the character’s canon. On a tour through the ruins of S.T.A.R. Labs the camera lingers on a wrecked cage where someone/something has escaped. There is a mangled sign on the door that says, “Grodd.” (Flashophiles immediately knew what that meant.) In the comics Barry worked alone; here he has a group of supporting characters not unlike “Team Arrow.” And in perhaps the biggest tweak, in the comics, Flash’s love interest and eventual wife, Iris West, has traditionally been a blue-eyed blonde. Here she is African American. (And since Wally West/Kid Flash is Iris’ nephew…) 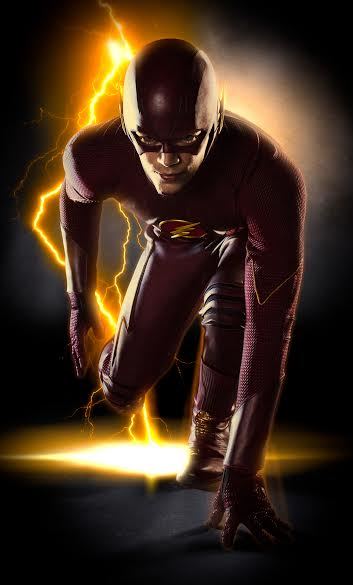 The pilot episode moved quickly (pun unintended) and there’s just the right mix of stuff that appeals to novices (“The blast triggered their metahuman genes…”) and fanboys/girls (“The blast triggered their metahuman genes…”*) With a little luck (and thoughtful writing/plotting), this show might hang around for a long as CW’s first superhero hit (Smallville) and not be another flash in the pan (pun intended).

*Long-time DC comics readers know what a “metahuman” is.