2016 was a banner year for genre movies, mostly people in spandex but a few others were sneaked in. and some of them weren’t even people. ID: Resurgence was the 20-years-later sequel to ID4. Two decades later, that name still doesn’t make sense.) The latter is perhaps director Roland Emmerich’s best movie. (Emmerich is the thinking person’s Michael Bey, assuming the person isn’t bothered by deeply profound thoughts most of the time.) In the new film it’s a generation since the united people of Earth fought off an invasion by ETs intent on… Well, we never did find out exactly why they wanted to de-people Earth (we do this time), but we stopped ‘em. On the day of the big celebration celebrating that victory, the ETs return, somewhat better prepared this time. And it’s up to the next generation of rag-tag heroes (with an assist from a few of the old crew remaining upright) to take them out again. 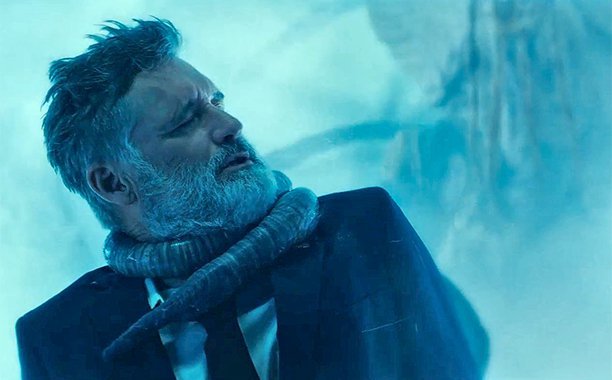 ID: Resurgence isn’t a bad movie, but it isn’t a good one, either. (And once and for all: It would not have been a better movie if Will Smith was in it!) It’s mostly an unnecessary movie, not helped with a script that caused you to suspend your credibility w-a-y past the breaking point. (Just one example: a small fishing boat, not even a commercial boat, the kind you take out still in view of the shore a couple of times a month maybe) gets caught up in a tidal wave outside New York City, and come to rest… in Nevada. Pretty much intact and the person on the boat alive and unscathed, except for a headache.) Despite not being the blockbuster the filmmakers hoped it would be, there are still plans for ID:3. Arrival is not to be confused with The Arrival (1996), a decent B‑movie, or its not‑as‑decent 1998 sequel, Arrival II. This Arrival is based on Ted Chang’s Nebula and Sturgeon award‑winning novella, “Story of Your Life,” where a dozen huge extraterrestrial spacecraft arrive without fanfare, hovering over seemingly random places around the globe, never near a major city (or any city). Whatever government is nearest a ship rushes to investigate and the Army recruits a linguist and a physicist to lead the teams investigating the spacecraft in the Nebraska wilds. The scientists have one major assignment: find out what the ETs want, before the endless speculation (and competing efforts) spiral out of control. Arrival is the almost-mythical “thinking-person’s SF movie,” where the characters are thinking as much as the audience. They ask questions first and shooting is not even an option; no world landmarks were harmed during the making of this film. There is diversity both before the camera and behind it’ in fact, the person actually behind the camera (Bradford Young) became the first African American to receive an Academy Award nomination for Best Cinematography.

So there you have it, one movie that bears a second viewing (‘cause you’re gonna miss something the first time) and one that you feel like you’ve seen before. Both can be enjoyed, but one definitely more than the other.