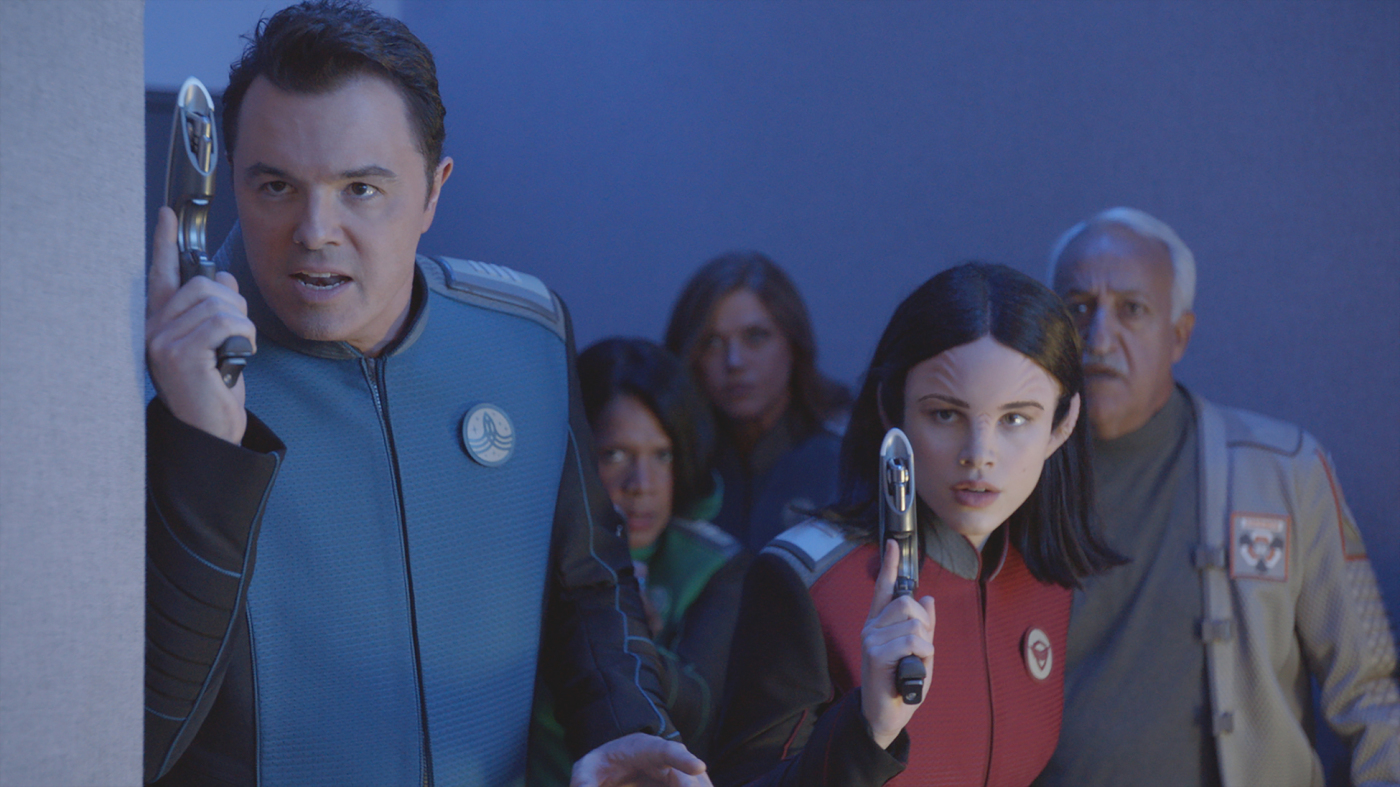 There are two things the producers (the people ultimately responsible for what goes on the air) never understood about Star Trek: The Original Series (as it’s now called):

*The fans loved the comedy shows.

“The Trouble with Tribbles” is always rated one of the best (often Top 10) episodes. The movie with “Khaaaaan!” may be the “best” but the highest-grossing is still the one with the whales. The loving tribute Galaxy Quest (which may become a TV series) is said to be “one of the best Star Trek movies ever made” and John Scalzi’s award-winning novel Redshirts is a loving deconstruction of the series as a whole. Seth MacFarlane is an admitted Star Trek fan: his Family Guy has featured numerous ‘Trek references and Sir Patrick Stewart is the voice of a recurring character on another of his creations, American Dad. MacFarlane appeared as a character on Star Trek: Enterprise and wrote the introduction to the first volume of the retrospective of Star Trek’s first fifty years. Now he gives us his love letter to the franchise, The Orville (Fox, 8 PM ET). 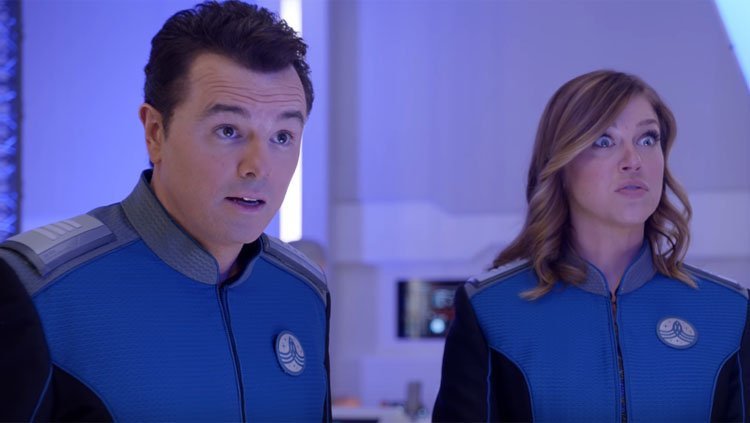 Ed Mercer has always wanted to command a deep space exploration vessel; however he’s not the best and brightest graduate of the Academy. But with captain’s chairs to fill on three thousand ships, the Planetary Union can’t be choosy and he gets the big chair on the Orville, a mid-sized exploration ship. He has a diverse and slightly eccentric crew (which includes his screw-up best friend and his ex-wife, a no-nonsense chief medical officer and a science officer from a planet whose android inhabitants view all biological life forms as “inferior”). Together, they boldly go where others have gone at least 726 times, not counting the thirteen movies. The Orville was presented as a comedy in the Fox promos, but it’s not, not exactly: the humor tends to be a little too “out of place” to be truly absurdist and it reminded me more of Woody Allen’s Sleeper than anything else. MacFarlane has said he wanted to do “aspirational science fiction,” a show that wasn’t set in a dystopia (like, say, most of the episodes of Black Mirror and the entire run of the re-imagined Battlestar Galactica). But this show is not exactly a drama, either. It’s not really a “dramedy,” and there are so many Trek references, if you made a drinking game out of the show, the next program you’d be looking at would have twelve steps.

Most of the reviews so far have been middling to damning, but they’re all based on just the three episodes available for preview. It took some of the real Star Trek series entire seasons to find their footing so it might be a little early to count the series out. The Orville benefits from drawing on two fan bases, people who like “Star Trek” and people who like Seth MacFarlane. It has an interesting ensemble cast and it has “humor.” It’s worth giving The Orville; a chance to develop we should judge it for what it is rather than what it isn’t. But it’s got to figure out what it is. 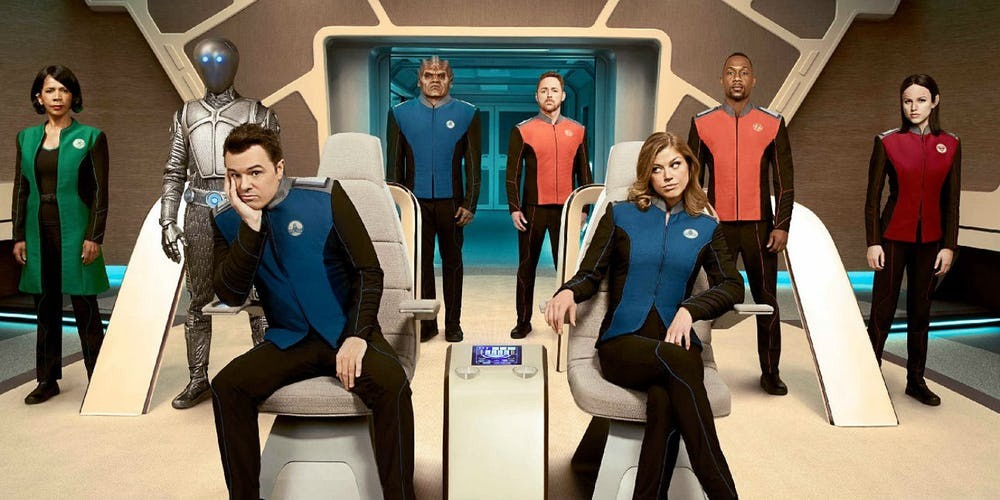