Okay, if you look at anything long enough or closely (or broadly) enough, it’s reminiscent of something previous. Sometimes this is intentional (like 12 Monkeys being inspired by the short film La jetée), sometimes it’s… NBC’s Revolution (Mondays, 10 pm ET).

Ben Matheson comes home one night, clearly shaken. His wife says, “It’s happening…” his look tells her “it” is. Ben has just enough time to make a phone call to his brother Miles, to tell him “It’s all going away, forever” and to download something onto a flash memory disguised as an amulet before the lights go out and planes fall from the sky.

Flashforward (couldn’t resist that one) fifteen years after the Blackout (as the event is being called). Ben is living in a small settlement built with the ruins of the world before (a hybrid car has become a planter), a place very reminiscent of the world of Jericho. His wife is dead, his children, Charlie and Danny, are grown and he’s in a relationship with Maggie, the village doctor. Things are pleasant until the arrival of Capt. Tom Neville, who has orders to bring Ben and Miles to General Monroe, head of the local militia. A confrontation between the militia and the villagers breaks out, Ben is mortally wounded and Danny is taken captive. Before he dies, Ben tells Charlie to find his brother in Chicago; he’ll know what to do to get Danny back (“He’s good at killing people”). Charlie (who immediately reminds you of Katniss from The Hunger Games but who is nowhere near as savvy or battle-hardened) sets off on her quest, accompanied by Maggie and Aaron, Ben’s best friend, who Ben entrusted with the mysterious locket. 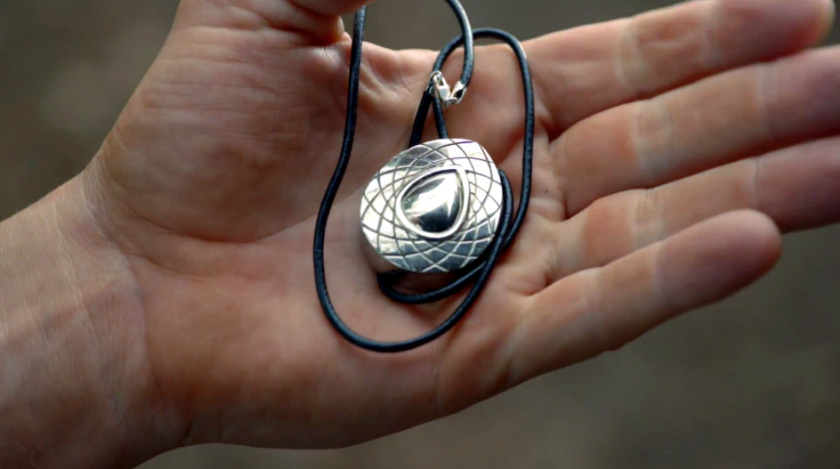 En route to Chicago the travelers meet up with Nate, who is also headed there to find work. When they find Miles he is reluctant to join their quest and he tells them kidnapping Danny was just a ruse to draw him out of hiding. He proves he’s right when he exposes Nate as a member of Gen. Monroe’s militia. Nate returns with reinforcements and, in an act of mayhem right out of a chopsocky feature, Miles (with minimal assistance from Charlie and Co.) kills about two dozen bad guys. In part because his cover’s blown (and in part because it’s a family thing) he agrees to help free Danny.

Meanwhile, Danny has escaped Capt. Neville and has found refuge with Grace, “an algebra teacher” before the Blackout. Capt. Neville easily tracks Danny down and takes him into custody again. Grace goes into a secluded room in her house and produces an amulet like the one Ben gave Aaron—which powers up a jerry-built computer (and lights up a nearby bulb). She tells someone that the militia was at her house; they ask if they got “it;” she tells them no. They ask what they should do now. (And did I mention that Gen. Monroe is Miles’ old buddy from the Marines?)

Like Lost, Revolution raises more questions than it answers—what caused the Blackout? Can it be reversed? Should it be reversed? It’s obvious someone knew about it beforehand—Ben, for one. Was Grace in the loop as well? Did she get her amulet from the same place as Ben? And who was she talking to? And why did Ben entrust the amulet to Aaron (pre-Blackout, somebody at Google)? Does he know what it is, what it does/can do? How long is it going to take to rescue Danny? And then what? And what, exactly, is the revolution? 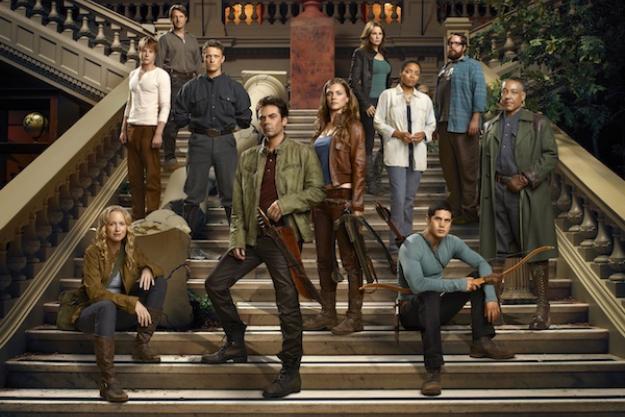 The pilot shows a lot of promise and avoided some genre clichés but perpetuated others. (Logical inconsistencies, like, if the airplanes lost power, why did the running lights remain on, other than to let us track them to the ground as they fell? And in fifteen years, nobody ‘s come up with a way to harness bio-electric energy?) The problem for a television show built around an overriding “mystery” is striking the balance between Suspension of disbelief and WTF? A show like The Walking Dead is not about how the zombie plague cam about but how do people survive in such a world. Supernatural is about hunting paranormal bad guys, sort of an occult cop show (uh, kinda like Grimm…). But if everyone can come to and leave Gilligan’s Island (or whatever planet the Jupiter 2 lands on) except the castaways, things don’t just become repetitious, gimmicky, they become just plain boring.

The initial outing had some nice surprises plot-wise and the expository flashbacks a la Lost (which have become a necessary, sometimes even welcome, evil for genre shows) have provided a few nice aha! moments. We’ll see if the people behind Revolution have learned from the shows they are indebted to or if they’re just reinventing a broken wheel.