Hey, guys! Just wanted to post a link for the Kickstarter for my first comic book, Is'nana the Were-Spider! For just $5, you can get the PDF digital copy of the comic and $10 gets you the print. And of course there are other goodies for higher tier pledges, such as prints, poster, t-shirt, and a stuffed Anansi toy!

Is'nana is a shape-shifting half man, half spider son of the great Anansi the Spider, The West African God of Stories. While looking for his missing father, Is'nana accidentally breaks a barrier coming into our world which unleashes horrors from his world and other realms into ours. Taking on the responsibility of rectifying this mishap, he teams up with his wise-cracking father to stop these horrors from bringing chaos into our world. 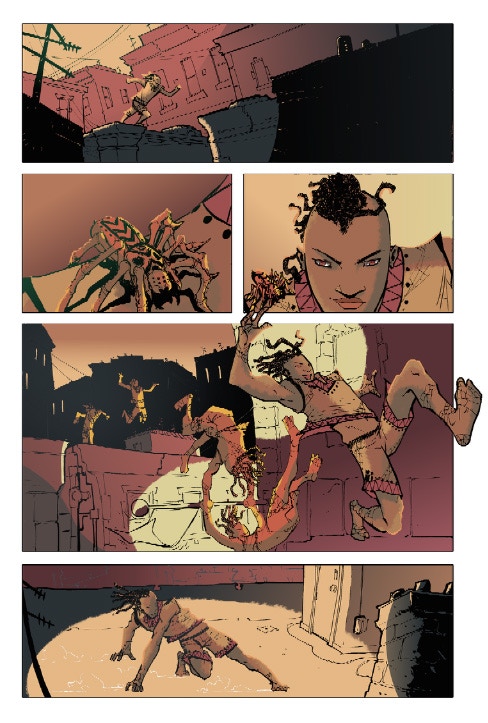 One of the main themes of Is'nana: The Were-Spider is the fear of being forgotten, whether it's not leaving a mark or impact in the world to being a forgotten legend of previously acclaimed status.

Growing up and having an interest in stories of the Africana Diaspora, I'm hoping this is the first of many stories I can produce in introducing many people to African and Black-based lore and characters that are unfortunately being passed on and in a sense forgotten. Rich characters that have so much potential for modern storytelling and will hopefully have a place today!

Here is the link to the Kickstarter. Even if you're unable to pledge, sharing and spreading the word would do so much! I was able to make my goal in less than 3 days but the extra money has helped me with creating more content for the book to make it a heftier read! It's definitely not to late to re-order your copy of the book!