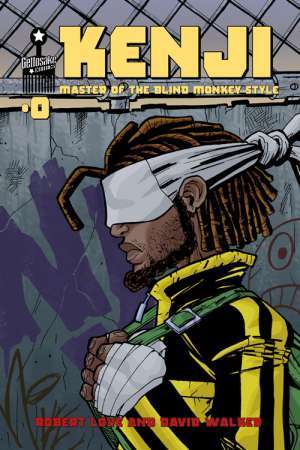 Kenji sets out on his journey by going to be to his fathers old neighborhood, only to discover it's not what it once was. He is confronted by the Jade Dragon, who has in her possession, a portion of his father's soul.

In a decaying urban wasteland, martial arts and magic are the weapons of choice in an on-going epic battle between the forces of good and evil. Traveling through this world on mission of vengeance is Kenji, a young man robbed of his vision when he was a child, and now blessed with the mystical power of the Blind Monkey. Determined to avenge the murder of his father, Kenji battles the forces of the evil Toad Master, uncovering along the way truths about his family that will forever change is perception of the world.