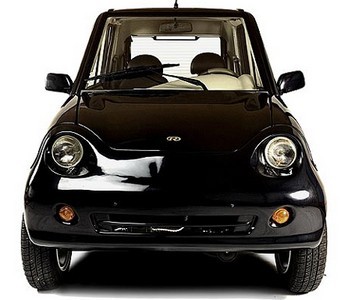 Upgrade Makes EV Viable for 95% of All Journeys So a DIY car powered on walnut shells is not your thing - what about an electric car? While UK electric vehicle retailer NICE may have been hit by the financial crisis, and while the Norwegian electric car manufacturer THINK! may be in urgent need of a bail out - their Indian-made rival REVA – sold as the G-Wiz in the UK – still seems to be going strong. Having upgraded the range and speed of the REVA/G-Wiz last year, February will see yet another boost in performance with the launch of the REVA L-ion. The company claims the new technology will greatly increase the appeal of the REVA/G-Wiz, making it a viable transport option for the suburbs as well as the city – read on for the impressive details. The new version of the REVA will be capable of a range of 120 km (75 miles) per charge and a maximum speed of 80 km (50 miles) per hour. The company is also launching a fast charging station, offering a 90% charge in one hour. While these kind of numbers are far from making the REVA a drop-in replacement for the petrol car, REVA points out that the vast majority of journey’s are well within the vehicle’s range: Research conducted by Professor Julia King for 2008’s King Review of low carbon cars concludes that 93% of car journeys are less than 40 kms (25 miles) and 97% are less than 80 kms (50 miles). REVA’s own data, based on 55 million kms of driving habits by customers in 20 cities worldwide also reflects the nature of every day city driving and the number of short trips. REVA’s decision to offer this combination of increased range and speed extends the L-ion's usage to the suburbs and means that up to 95% of all car journeys can be completed without the requirement to recharge. And for those still in doubt about the viability of such vehicles, check out Eric Leech’s plea for action over at Planet Green, calling on us all to keep buying electric cars. by Sami Grover, Carrboro, NC, USA http://www.treehugger.com/files/2009/01/reva-l-ion.php