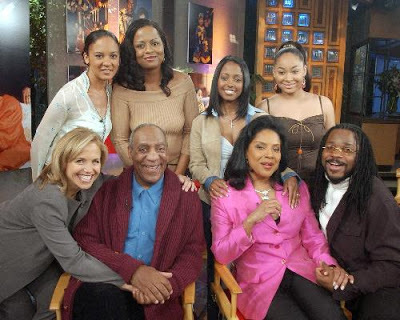 The Cosby Show debuted on September 20, 1984 30 years ago and television has never been the same!

When I first moved to California I had the of honor training Malcolm Jamal Warner's mother while my friend trained him!

He was cool peeps even when I mistakenly called him "Theo" the first time that I met him... In "Hollywood" that is shunned upon as many actors and actresses prefer not to be called out by roles that they used to play so I chalk that up as star struck for a brief moment! Lol

It's difficult to pick a favorite episode but I'll take this one where Theo finally beats Cliff in a one on one game of basketball now that I can no longer guard my own son in basketball as he creeps closer to dunking the ball soon in my face... Lmao

The social impact of The Cosby Show was successful despite many believing that this was not a true representation of an African American family... After that there was a return to the standard issue "cooning" with shows that shall remain nameless!

Two highly educated black parents crept into the hearts of America of all races and has yet to be surpassed or duplicated since!

The guest stars that appeared on the show was far ahead of it's time when you compare it to other shows of that time...

Elvin was the best newcomer to the shoe hands down...

Put on your Bill Cosby sweater and represent...