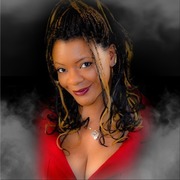 Aaron-Michael Hall is a native of southern Illinois. She was born and raised just across the Mississippi River from St. Louis, Mo. After moving about the country, she has returned to her roots and where this journey began. When she was younger, Aaron-Michael would get lost in the fantasy and sci-fi worlds created by Andre Norton, N.K. Jemisin, R.A. Salvatore, Octavia Butler, Ursula K Le Guin, and R. Scott Bakker. Being from a large family, Aaron-Michael would often steal away high in a tree or nearby wood seeking solitude. While enjoying the peace her natural surrounding provided, she created her own worlds and languages. For hours, she would be lost in the magnificence of her own imagination. Some characters and elements created then are used now in her current series. The Rise of Nazil is the first in a series of books from this new author. It is an intriguing read with a host of characters. When asked why she wrote this novel, Aaron-Michael simply said, “It needed to be written.” It is her hope that the readers enjoy the wonders of Faélondul even more than she enjoyed writing about them.