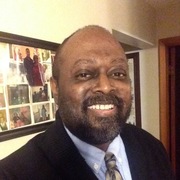 Last April, I retired from my professional life as an Assistant Professor of English at Cuyahoga Community College teaching College Composition/HONORS College Composition courses as well as literature courses. I am also a graduate of the Ohio State University with a Baccalaureate of Science in Comprehensive English Education (Certification grades 6-12) in 1986 and a Master of Arts in English in 1992 covering areas of nineteenth and twentieth century American and British literature, African American literature, and genres including film and literature, science fiction, fantasy fiction, mystery and suspense fiction, and adolescent fiction, creative writing, poetry, and drama. My background also includes coverage of mid-to-late-nineteenth century living history particularly on the Civil War and the Black man in battle. In conjunction, I am also a Civil War re-enactor and was a participant in Tri-Star Studio’s Academy-Award winning film Glory (1989), starring Denzel Washington, Matthew Broderick, and Morgan Freeman; I am a member of the Franklin County the Fifth Ohio U.S.C.T—United States Color Troop—a living history non-profit organization, re-established circa 1990, in Columbus, Ohio. I have written two articles for CCC’s Faculty Symposiums: “Epic Travel and the African American Character in Science Fiction Literature, Film, and Television,” (February 2000) and “From Slavery to Suburbia: The Literary Artistry of Sharon Draper” (March 2002). Also, I wrote a third article, “The African American Character in Science Fiction Literature, Television, and Film,” published online at www.sffworld.com (8 April 2004). In spring 2008, I was granted release time to develop two 2000-level courses in literature for the college: Introduction to Science Fiction and Introduction to Horror Fiction and Dark Fantasy for next year. Currently, I am pursuing online a second master’s degree in professional/creative writing and a doctoral program in curriculum development and instruction.

No--all basic info about me is here.