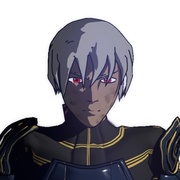 I've been making movies since I was about 7 or 8. I was always obsessed with movies and filmmaking about I started around then. I made a few then, but for years I didn't make any films , I just really enjoyed watching them. It wasn't until high school, that I actually became addicted to make short films with our digital cameras. Since then I made about 40-50 short films, not including Deadstar. I still like to make them occasionally, but my main focus now is this show. After high school I went to Penn State for major in Film. But after two years, the cost of living away from home was a little too much. So ever since then I've been going to the Art Institute of Philadelphia, where I study Animation. My favorite films are: Empire Strikes Back, Princess Mononoke and Akira. My favorite anime are: Fullmetal Alchemist, One Piece, Trigun, Cowboy Bebop, and Wolf's Rain.