Genesis Science Fiction Magazine Is Back By Popular Demand!
Get the E-Magazine Issue #11 Now!
https://fliphtml5.com/purchase/pbqer/bvks/index.html Guess who is officially back for Dragoncon 2020 as Director of the Diversity Track? I'm truly humbled and thankful for the awesome people and support we have received. We will continue to try to make you proud.

Join the group to find out more about what's going on. https://www.facebook.com/groups/DiversityInSpeculativeFiction/ 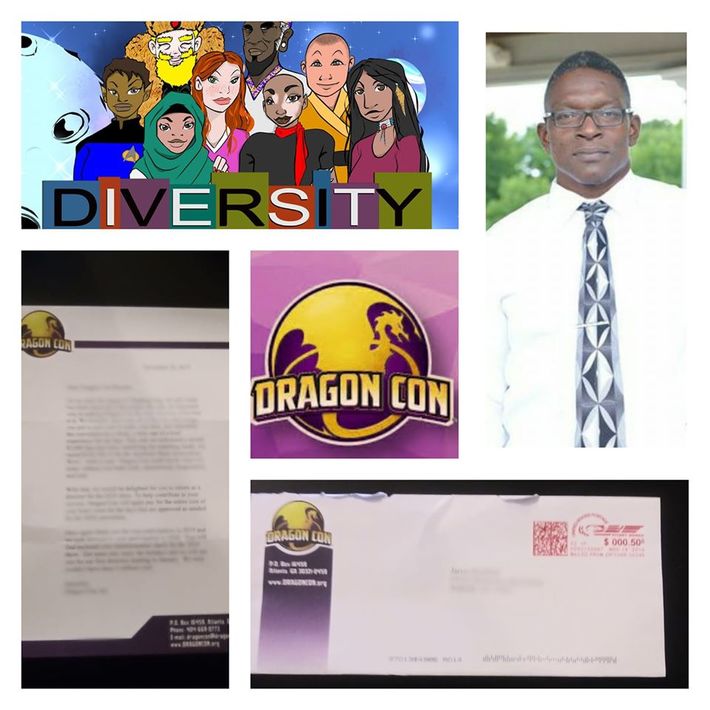 Jonah Blackstone, half mortal, half grim reaper, must travel through the mortal and Afterworld to defeat the supernatural forces threatening his small southern town. An uncommon hero on an epic quest. Start the journey from the beginning this Halloween. 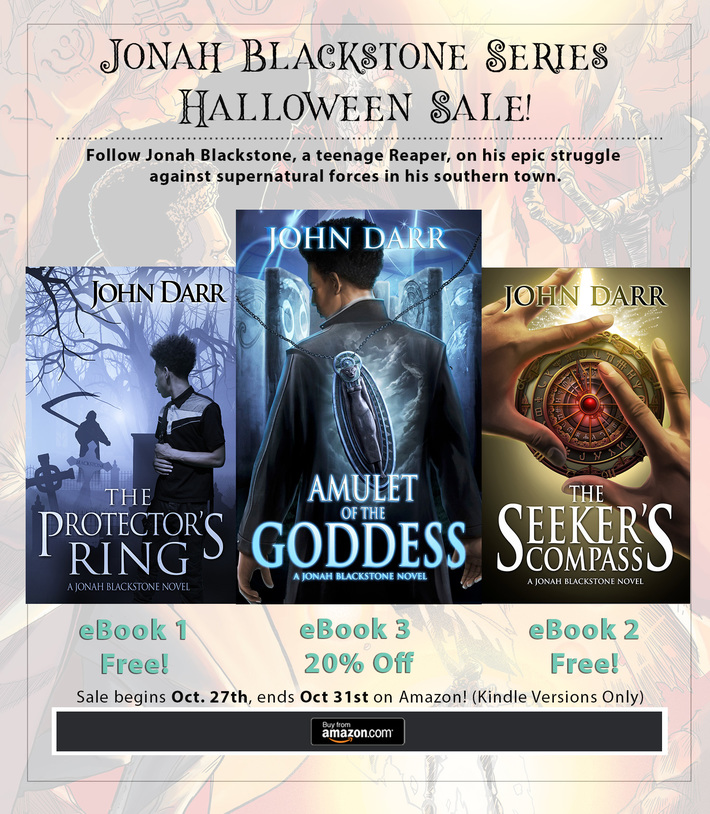 I have wonderful news! After discussions with the creator of the African American Author Fair Shatona Kilgore Groves, it is my honor the announce that I have been passed the torch and have been given ownership of the fair. I am extremely humbled and honored that she would hand over the reins of this much-needed event to my care. Over the past 2 years, The African American Author Fair has made great inroads with promoting a culture of reading, celebrating creativity, connecting the reader to the writer… and a whole lot of books. I have personally been a recipient of her hard work, professionalism, and zeal for this community. Shatona will continue to participate and serve on the advisement team as the event continues to grow and thrive.

We look forward to the great things to come as we embark on this next chapter. Please join our group for updates and information regarding the African American Author Fair. We also want to invite you to post information about your books, comics, and related topics. 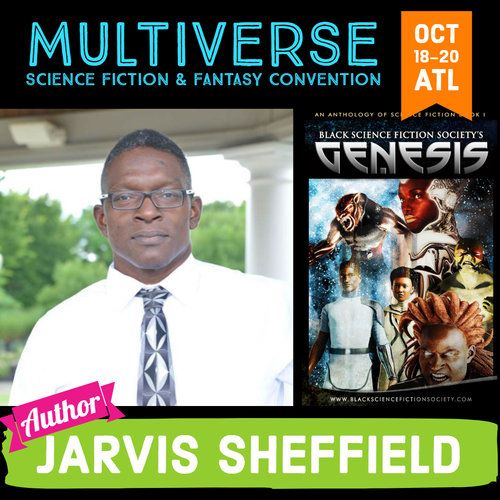 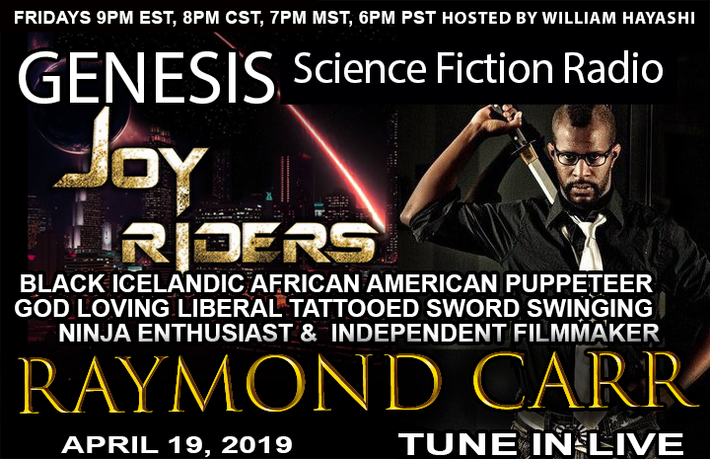 Check out his organization at https://blacksciencefictionsociety.com/

Get your table now. Help expand to us a second room. If you are interested and want to expose your brand to filmmakers and writers email coachyojeff@gmail.com Exhibitor spaces are $100. ONYXCON returns to WOLF CREEK LIBRARY for another celebration of the HISTORY of the African Diaspora in Popular Arts! JOIN US Saturday and Sunday FEBRUARY 16-17 for family fun and EDUTAINMENT! VENDING NOW AVAILABLE! APPLY via ONYXCON@gmail.com
www.onyxcon.com
Read more…

The Diversity Track & Black Science Fiction Society Back For Dragoncon 2019

I just got news this week that the Diversity Track will be back for 2019 at DragonCon. I'm excited to be invited back for another groundbreaking event. Everyone associated with the first one this year knocked it out of the park! I could not ask for better volunteers, guests, photographers, moderators and participants. 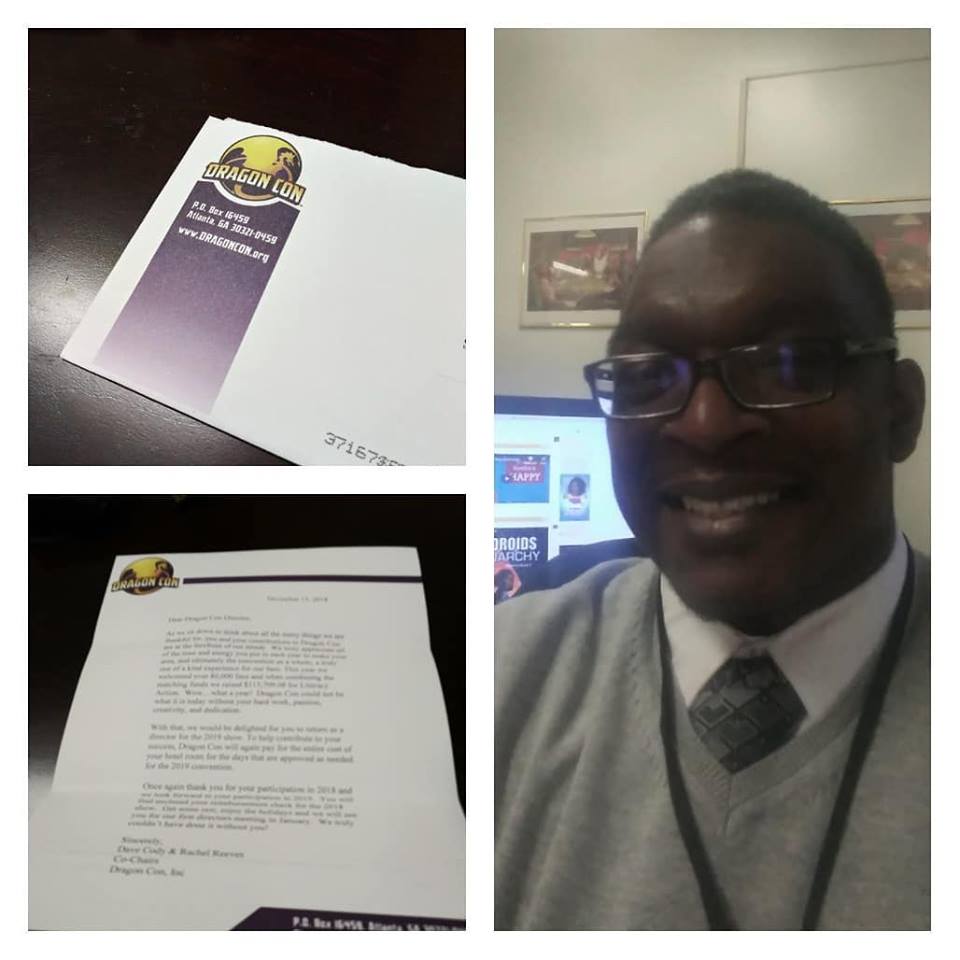 Urban Fantastic Podcast 12 - Genesis Man
This month's Urban Fantastic Podcast has me delving into Jarvis Sheffield's story, finding out what makes the powerhouse behind the Black Science Fiction Society and the Genesis platforms tick.
https://soundcloud.com/marksman-studios/genesis-man-urban-fantastic-podcast-12complete 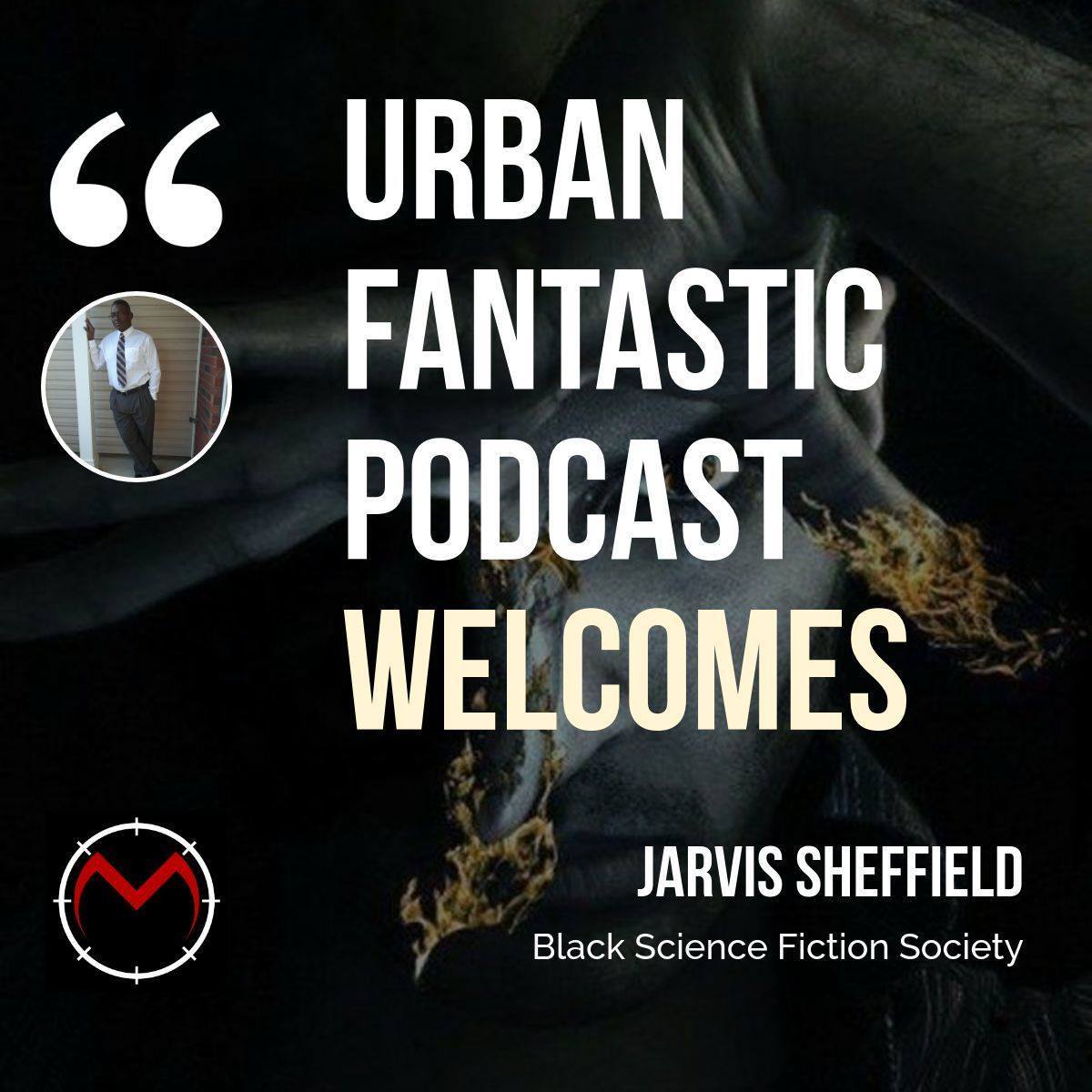 My wife and I were in the local MLK Walk today. We also donated suits and coats! Last year I was obese and hated walking to the mailbox. Losing 100lbs had made a huge impact on my life. 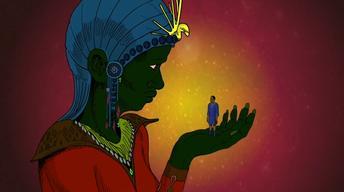 When “Star Trek” premiered 50 years ago today, its reception was colder than the weather outside the Klingon penal colony on Rura Penthe.

“And away we go to another planet for the sci-fi buffs to lick the plate clean,” Variety‘s Sept. 8, 1966 review of the premiere episode, “The Man Trap,” declared. “But there had better be a hefty cargo of them or the Nielsen samplers may come up short.” Predicting doom, it continued, “The opener won’t open up many new frequencies after this sampler.” So not exactly boffo.

The review was typical of the initial response to Gene Roddenberry’s science fiction drama. After a troubled development that saw the initial pilot scrapped and a new one with mostly new characters — the only holdover being Leonard Nimoy’s Spock — created from scratch, “Star Trek” hung on for a short while, renewed for a second, then a third season before being cancelled.

The run was just long enough to create a library that would catch fire years later in syndication, finding a popularity it never achieved in its first window. A TV show that had at best been a moderate success for NBC would spawn four live-action spinoff series — soon to be five with the addition of CBS All Access’ “Star Trek: Discovery” — 13 movies, one animated series, comic books, postage stamps, documentaries, tell-all books, conventions and untold units of prosthetic ears sold. When Nimoy died last year, the White House issued a lengthy statement from President Obama in which he wrote, “I loved Spock.”

The “Star Trek” universe extends far beyond the 79 episodes that aired on NBC from 1966 to 1969. But that series’ impact is still being felt today. For its 50th anniversary, Variety asked several of the stars, writers and fans of “Star Trek” and its offshoots to name their favorite episodes of the original series. 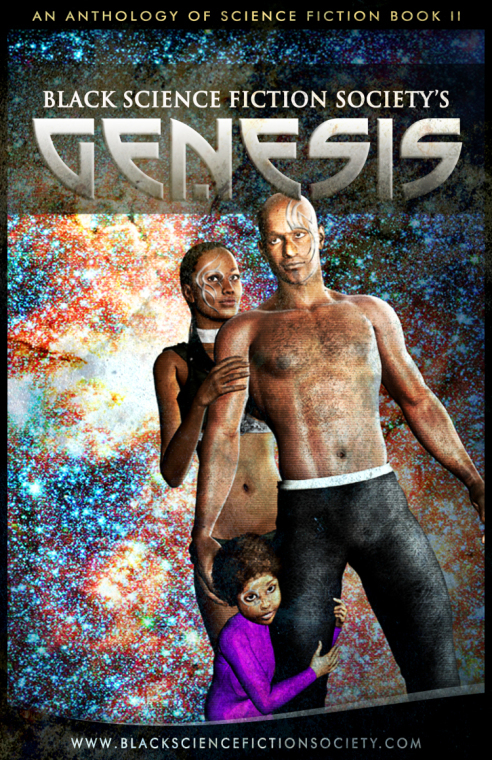 Recently, on another social media platform people were say how we need to stop taking hand me downs from Marvel & DC. Here was my response. I also would like to know what you think.

I don't have that much of a problem with Marvel and DC characters. I tend to think there is room for both mainstream and independent. Personally, I only buy independent for the past 10 years. I purchase indie comics, videos, books 90% of the time. We need to stop looking at this in the same old manner. Where mainstream falls shirt there is an opportunity for indie creators to fill that niche market.

Please listen to what animation legend Ralph Baski has to say about it.https://www.youtube.com/watch?v=WApcUBcVMos

If you are serious about getting some things done holla at the admin at: blacksciencefictionsociety.com and let's get some work done.

Today was a great day! I want to thank Sherard Jackson and Chasitie Goodman for a fantastic Afrofuturism Day at Antioch High School! 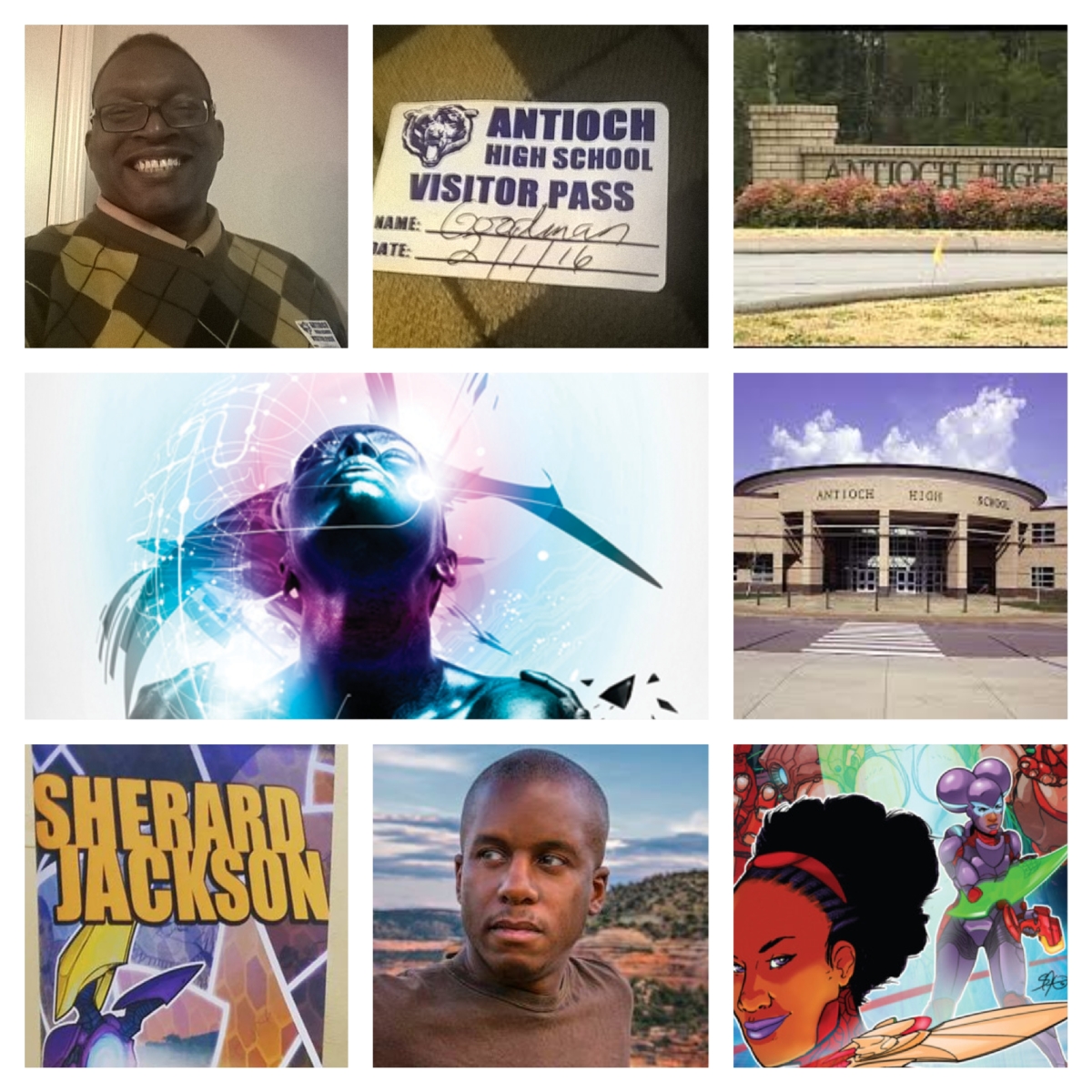 “The Flash” has cast Australian actor Keiynan Lonsdale as Wally West, the iconic speedster from the DC Comics universe who made his debut as Kid Flash. He’ll appear as a series regular in season two.

In comics canon, Wally is the nephew of Iris West (played in The CW series by Candice Patton) — the love interest and eventual wife of Barry Allen (Grant Gustin). While Wally initially served as his uncle’s sidekick and a founding member of the Teen Titans, he later inherited Barry’s mantle as The Flash.

Since Iris doesn’t seem to have any siblings on the show (that we know of), it’s possible that Wally’s origin story will be tweaked for his live-action “Flash” debut. His connection to the West family has yet to be confirmed.

Read more…
of 3 Next