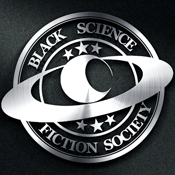 I was born in the city of Detroit, MI August 17, 1972. A son of Liberia (my mother) and the Motor City (my father), I was a product of two environments that were similar, but too different for this brother to fit comfortably in either world. The four-color world was where I found my solace. My father introduced me to this world and opened the doors of my imagination. From that moment forward, I wanted to tell stories. I wanted be a comic book creator. This desire took me first to the University of Michigan where I obtained my BFA in Illustration and Photography. I soon traveled to the School of the Art Institute of Chicago where I completed my studies earning an MFA in Visual Communications. During this time, I my first foray into my chosen profession as a penciler for the controversial B.L.A.M. Comics series Jigaboo Devil and created package design for Manga Entertainment. I did my thing and paid my dues. And, I’ve combined my love of music with my art creating CD covers and such for outfits like Revolutionary Music, Esntion Records, Elephanthaus and Real Estate Records to name a few, but my dream was to create comics, to tell stories, to add my voice and vision to that world. I wanted to play nice with the big boys and work on their concepts. However, when I would try and work with their concepts, my concepts kept coming to the fore. Buddhism dictates to follow the path of least resistance. I chose to walk that path. In 1999, I formed Griot Enterprises, a publishing company and creative studio. I also created its flagship property, The Horsemen, which was a critical success when it came out in 2002. The first Horsemen volume, Divine Intervention will be out in 2010. I was also the Lead Writer and Art Director on Hip Hop Chronicles for Spacedog Entertainment in partnership with Universal Music Group. I’m currently working on The Horsemen: The Book of Olorun and Outworld: Return of the Master Teachers for Griot Enterprises. Oh, I also have a podcast radio show, Ghetto Of The Mind, which can be found on Itunes. You should check it out. It’s pretty good. I’m currently an Associate Professor at the Illinois Institute of Art – Schaumburg, teaching courses in Animation and Video Game Design. I’ve been interviewed and name-dropped in various publications such as GQ Magazine and the New York Times and written articles for various magazines and online journals. I’ve also spoken at The School of the Art Institute of Chicago and The Smithsonian National Museum of African Art. I tell stories with a combination of words and images. I get to create worlds that exist, for the moment, in my imagination. And I would like to share those worlds with you. Cheers!