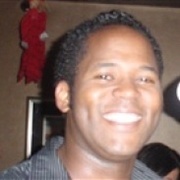 Paul West was born and raised in New York City; he currently resides in Harlem, where he has lived for much of his life. After graduating from NYU with a B.A. in History, he worked in the education and nonprofit world for many years before switching lanes and working in advertising and then fashion. First Cause was conceived as a screenplay idea in the early 1990s, when West was still an undergraduate; he shelved the project for nearly a decade, and began work again in 1999. Paul West is a sports enthusiast, student of people, lover of music, voracious reader and fervent believer in human possibility.