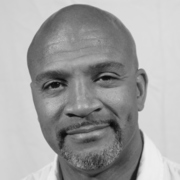 As a youngster growing up in New Jersey, Ulysses demonstrated a talent for illustration, writing and performing. Working with a group of friends that he met at a gathering of Star Trek enthusiasts, he collaborated on the production of a number of amateur films including Superman: The Spoof and The Empire Cracks Back. These films gained a degree of notoriety that led to a screening for executives of DC Comics at the 40th birthday party of Superman, as well as a visit to the offices of Marvel Comics and an appearance on the BBC-TV documentary program, Arena. Ulysses has also won awards as a comic and science fiction costumer. Ulysses is active in community media and has produced and marketed a variety of television programming including FANTASTIC FORUM, a segmented program on comics, sci-fi, fantasy and their related multi-media which has been the winner of the 2010 Accolade Competition Award of Merit, 2010 DCTV Viewer’s Choice Award for Best News and Public Affairs Program, as well as 2011 and 2012 MCM Monty Awards for Best Arts & Humanities Program. Ulysses is an experienced program host, on-camera and vocal talent and a member of The Screen Actors Guild - American Federation of Television and Radio Artists Union (SAG-AFTRA). He is also a talented videographer and an event, portrait and landscape photographer. Ulysses currently resides in Washington, DC.

I don't want my profile to be considered as "spam!" But I just don't have responses for all the basic info categories.