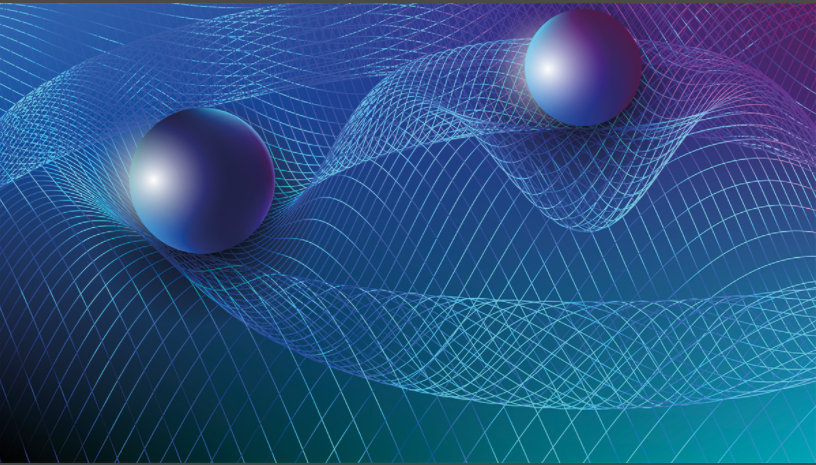 A quantum probe for gravity: Physicists have detected a tiny phase shift in atomic wave packets due to gravity-induced relativistic time dilation – an example of the Aharonov-Bohm effect in action. (Courtesy: Shutterstock/Evgenia Fux)

The idea that particles can feel the influence of potentials even without being exposed to a force field may seem counterintuitive, but it has long been accepted in physics thanks to experimental demonstrations involving electromagnetic interactions. Now physicists in the US have shown that this so-called Aharonov-Bohm effect also holds true for a much weaker force: gravity. The physicists based their conclusion on the behavior of freefalling atomic wave packets, and they say the result suggests a new way of measuring Newton’s gravitational constant with far greater precision than was previously possible.

Yakir Aharonov and David Bohm proposed the effect that now bears their name in 1959, arguing that while classical potentials have no physical reality apart from the fields they represent, the same is not true in the quantum world. To make their case, the pair proposed a thought experiment in which an electron beam in a superposition of two wave packets is exposed to a time-varying electrical potential (but no field) when passing through a pair of metal tubes. They argued that the potential would introduce a phase difference between the wave packets and therefore lead to a measurable physical effect – a set of interference fringes – when the wave packets are recombined.

In the latest research, Mark Kasevich and colleagues at Stanford University show that the same effect also holds true for gravity. The platform for their experiment is an atom interferometer, which uses a series of laser pulses to split, guide and recombine atomic wave packets. The interference from these wave packets then reveals any change in the relative phase experienced along the two arms.