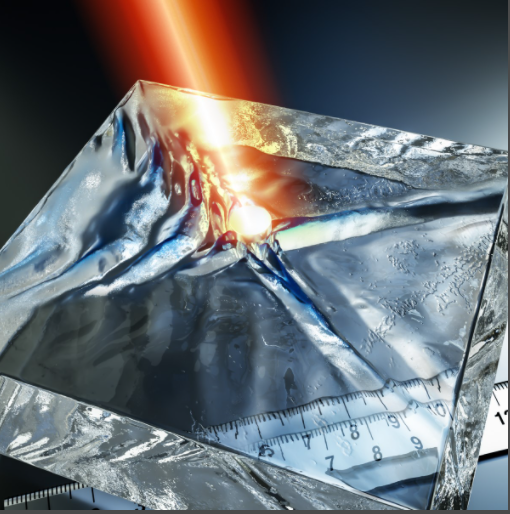 Quasiparticles in motion: illustration of ghost polaritons in a calcite crystal being “launched” to record distances by a gold microdisk. (Courtesy: HUST)

The existence of ghost hyperbolic surface polaritons has been demonstrated by an international collaboration including researchers in China and the US. Based at Huazhong University of Science and Technology (HUST), National University of Singapore (NUS), National Center for Nanoscience and Technology (NCNST), and the City University of New York (CUNY), the team showed that the polariton – a hybrid light-matter quasiparticle – has a record-breaking propagation distance of three times its photon wavelength. This ghost polariton is an exciting discovery that has applications in sub-wavelength, low-loss imaging, sensing, and information transfer. The full study is described in Nature.

Most studies on v-HPs and s-HPs have been performed in thin layers of van der Waals crystals. These crystals comprise stacks of covalently bound 2D layers that are held together by weak van der Waals forces. However, in such crystal layers, there is no control over the optical axis. This is the direction in which propagating light experiences no birefringence and it is typically aligned with the layers.