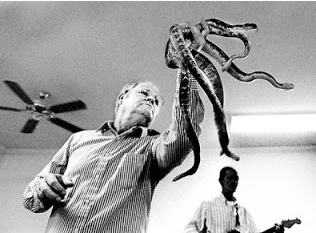 Under Penal Code 192b PC, California law defines involuntary manslaughter as the unintentional killing of another person, while committing either a crime that is not an inherently dangerous felony or a lawful act that might produce death. A conviction is punishable by up to 4 years in jail and a fine of up to $10,000.00.

The key feature of involuntary manslaughter is that it does not require intent to kill another person—unlike Penal Code 187 PC murder, which requires “malice aforethought.”

I didn't bother watching the debate. I assumed he'd be doing a "kinder, gentler" version of his orange orangutan feces-slinging from the last debacle, but manage to pull in the crazy, while his opponent remained calm, cool, confident, and dare I say: presidential. From the commentary, that appears to be the case, 53% think his opponent won, 39% are still firmly in the apocalyptic cult. That suggests they can be out-voted. I've already cast mine for the saner, calmer candidate.

I don't believe the cult is completely stupid: they know he has little regard for them. He's reaching for the brass ring of actual billionaire status after myriad business failures that are almost cartoonish, promised him by an ex-KGB agent, and this modern-day Jonestown Guyana is a means to an end. The key to their undying fealty to him is he at least appears to hate the "others" they hate, and share their dread of a demographics future where they are all in the numerical minority, even though like him (or, me) most won't live to see, experience or if here, perceive it.

He's been committing crimes since his "American carnage" inauguration on January 20, 2017. His 20,000+ lies are a proportionality to the 220,000+ Americans that have died of the Novel Coronavirus. The report from The National Center for Disaster Preparedness was a punch in the gut: between 130,000 and 210,000 citizens could still be ALIVE were it not for ineptitude, incompetence, obfuscation, arrogance, and apathy. Translating: the pandemic's impact COULD have been a loss of 10,000 to 90,000 Americans. On the upside, that's still a lot, but the lower number is literally HALF of what we lose each year to the flu.

I'm not sure this is involuntary. It feels like intentional murder. He's purposely holding another in a series of super spreader klan rallies this weekend. The more Americans he can infect, the less (he thinks if that's possible) will be available to vote against him.

He is headed into a raft of lawsuits the NY District Attorney, the Manhattan DA, and the SDNY (formally headed by the Borat 2 crotch-clutching Rudy Giuliani), that no lawyer worth their reputation will volunteer to defend him: his record on not paying his debts are prologue to if they will be able to feed their families. Not even the debauched Rudy "Ghoul-e-ani" is that stupid.</p>

He has no empathy, but expecting empathy from a sociopath is like trying to get "blood from a turnip": it's not possible, and we should stop trying.

On her way to work one morning / Down the path alongside the lake / A tender-hearted woman saw a poor half-frozen snake / His pretty colored skin had been all frosted with the dew / “Oh well,” she cried, “I'll take you in and I'll take care of you”

Now she clutched him to her bosom, “You're so beautiful,” she cried / “But if I hadn't brought you in by now you might have died” / Now she stroked his pretty skin and then she kissed and held him tight / But instead of saying thanks, that snake gave her a vicious bite

“I saved you,” cried that woman / “And you've bit me even, why? / You know your bite is poisonous and now I'm going to die”

“Oh shut up, silly woman,” said the reptile with a grin / “You knew damn well I was a snake before you took me in

Read it again. As John Heilemann said: "everything about him is either confession or projection."

We should have listened (or, at least his MAGA hat followers) not with the jaundiced ear of racism and xenophobia, but the informed ear of insight and revelation.