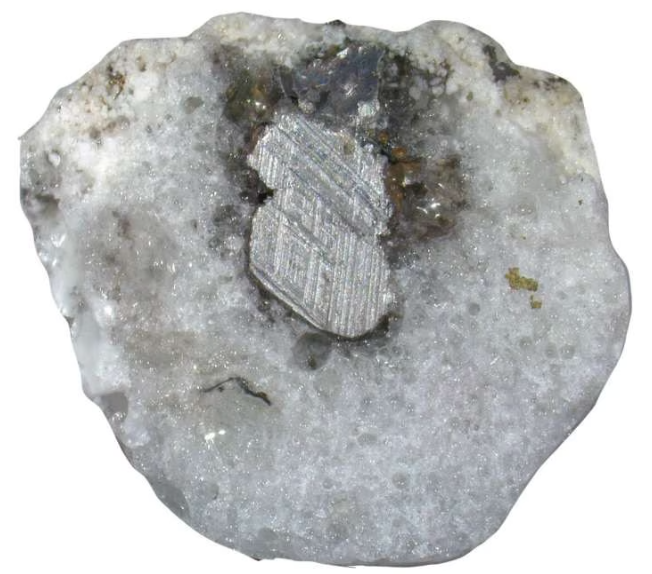 A team of researchers from Università di Firenze, the University of South Florida, California Institute of Technology, and Princeton University has found an incidence of a quasicrystal formed during an accidental electrical discharge.

In their paper published in Proceedings of the National Academy of Sciences, the group describes their study of a quasicrystal found in a sand dune in Nebraska.

Quasicrystals, as their name suggests, are crystal-like substances. They possess characteristics not found in ordinary crystals, such as a non-repeating arrangement of atoms. To date, quasicrystals have been found embedded in meteorites and in the debris from nuclear blasts. In this new effort, the researchers found one embedded in a sand dune in Sand Hills, Nebraska.

A study of the quasicrystal showed it had 12-fold, or dodecagonal, symmetry—something rarely seen in quasicrystals. Curious about how it might have formed and ended up in the sand dune, the researchers did some investigating. They discovered that a power line had fallen on the dune, likely due to a lightning strike. They suggest the electrical surge from either the power line or the lightning could have produced the quasicrystal.

The researchers note that the quasicrystal was found inside a tubular piece of fulgurite. They suggest it was also formed during the electrical surge due to the fusing of melted sand and metal from the power line.