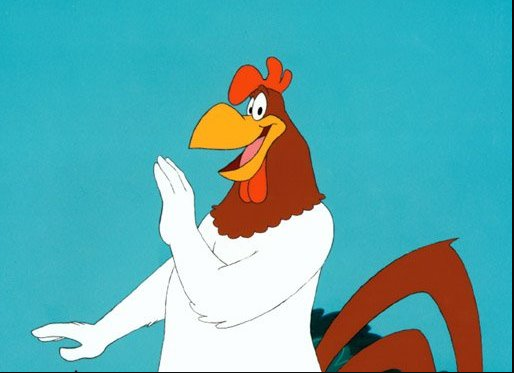 To split the baby is a reference to a story in the Old Testament in Kings 3:5-14, regarding a decision of Solomon that shows his wisdom when given a difficult task. Solomon as king was often asked to judge between people with difficult problems, and his solutions were accounted as very wise. The term is often used to describe an unreasonable solution that may be used as a way to find an underlying truth.

Solomon’s solution is fairly unique. He hears both sides, which are identical, and decides that the best course is to cut the baby in half so both mothers will have a share. To do this, however, means to kill the child. The mother who has already lost a child is happy with the solution, but the real mother cries out and begs Solomon to let the other woman raise her child alive.

When the real mother protests the solution and is willing to give up her rights as a mother to preserve the life of her child, Solomon hands the baby to her.

What does It Mean to "Split the Baby"? Tricia Christensen, Wise Geek

What did it mean? Pontius Pilate was the Roman procurator (governor) of Judaea living in Jerusalem during the trial of Jesus. According to the story, he washed his hands to indicate that he believed Jesus was innocent of any capital crime - if he was killed - it wasn't on him.

The prosecution put on a clinic in the Well of the Senate in their closing remarks. Every avenue to derail the trial on "procedure," or "constitutional norms" was deftly batted away. It helps when the prosecution is playing seven-dimensional chess, and the defense team of Foggy Foghorn Leghorn, and Rage Elmer Fudd, is playing jacks.

The former Party of Lincoln has ridden this Kraken before the Orange Orangutan. Roger Ailes and talk radio proto Karl Rove, "created their own reality" in a Rush Limbaugh, cigar-chomping, racist ranting clones (because you don't need talent if you get a raging crowd buying your product), against the libs, Feminazis, and cooties. For forty-one years, from Reagan to Orange Satan, they have gaslighted their constituents, blamed every convenient "other" they could label and shoveled money uphill like a Hoover vacuum to their one percent benefactors. They have no intention of getting off this bucking steer in the right-wing rodeo, otherwise, like rodeo clowns, they might get skewered by the bull.

I don't expect there to be enough votes to convict him. It will be just shy of sixty-seven. I hope to be pleasantly surprised. The arcane rules of the Senate even after the off possibility of getting to sixty-seven, then have to take a simple majority vote to remove him from running again for office. He will be fatter, four years older, more insane, and publicly incontinent in 2024 (he wears Adult Depends now). Entropy can save us, or his criminal trials for state crimes in New York, and Georgia can put him in a wardrobe matching his fake, and grotesque spray tan. Cruz and Holley are salivating at this possibility.

They are splitting the baby: forty or so white republicans, and their mascot, Tim Scott, will vote again to acquit a criminal. Not because they're no longer the "party of law, and order." Not because the Party of Reagan was any greater: he started his campaign BLOCKS away from the death site of Chaney, Goodman, and Schwerner; he spoke openly about Welfare Queens, Young Bucks, and African Monkeys. Doofus Gambino is the end of Entropy: over a long period of time, any system goes from order to chaos. Forty-plus one poodle is looking forward to the next midterm, the next election, the next voter suppression, and now added to the quiver: the next insurrection, Like see no evil, hear no evil, speak no evil monkeys, they will ignore it, and use it as a tool if they lose future elections.

The Neo-Confederates are self-immolating, and not for some noble protest, but to maintain power at the expense of the republic. They are the party whose defense will relitigate "WHATABOUTISM" with Antifa (anti-fascists), Benghazi (might as well), and Black Lives Matter (because they don't). Foggy Fog, and Rage Elmer will unimpressively rest today. Gaslighting and created realities will blow them up to the high crest peak of BS mountain. Rage will then observe the Sabbath at sundown.

"Our new government is founded upon exactly the opposite idea; its foundations are laid, its corner-stone rests, upon the great truth that the negro is not equal to the white man; that slavery subordination to the superior race is his natural and normal condition. This, our new government, is the first, in the history of the world, based upon this great physical, philosophical, and moral truth." Cornerstone Speech

They have not wavered from this mentality. It's been taught over and over, father to son, mother to daughter. The first gaslighting being the "lost cause" narrative lie, metastasizing to the inherited inferiority narrative shoveled at all of us, the proto version of birtherism, stolen from Orly Taitz. This "alternative fact" was amplified by a failed businessman, a faux billionaire that [probably] had Russian prostitutes urinate in a bed of the black president and first lady he hated with every fiber of his dark soul, that knows no love.

Eighty-one percent of white evangelicals left any allegiance they ever had to brown-skinned, Palestinian prophets, and voted for this Antichrist.

They, therefore, cannot be called Republicans any longer: they are fascists.