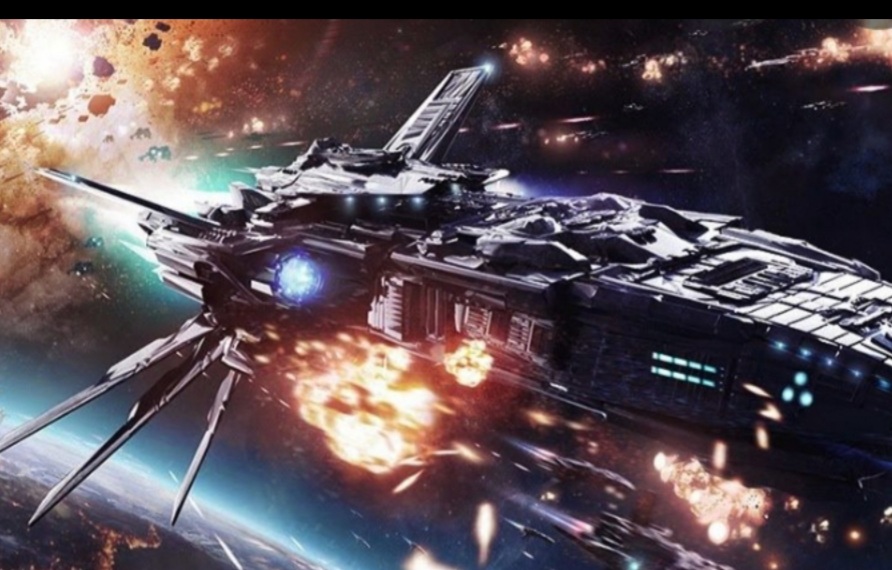 Submitted for the approval of the Black Science Fiction Society:

I take a shot of cheap bourbon and push the ships accelerator lever forward, causing my Class 1 Freighter "Francine" to moan and rattle in protest. The ships know it all AI shines a bright red holographic "WARNING" light across my face, sending a hot flash of pain through my head. Friend of mine used to say that buying cheap liquor was a waste of time cuz you still end up paying for it the morning after anyway. I pour myself another glass out of spite, even though I know the dead bastard is right. He was right up to the point where he caught a laser blast to the chest for drawing down on a faster gun who had insulted his ship. Can’t say I blame his reaction. Some things you just don’t say to a man who’s partial to his spacecraft. The searing red blinking light gets to be too much so I swipe the warning halo message away a little too fast and drop my glass on the hard metal floor of the cockpit, sending it into a thousand pieces. I string together a series of curse words then decide to chug straight from the damn bottle instead. Who’s got time for class anyway?

As if the strain on the accelerator drive wasn't enough, bright flashes of orange light pepper the edges of my view screen, and the cockpit shakes more violently than before. I clench my jaw to keep my teeth from rattlin out of my head. Laser blasts bounce off my weakened shields from behind. Damn! They caught up to me! Just what I need, Pirates trying to cut me down. They got the nerve to be pissed at me for stealing the minerals they stole in the first place!? Name of the game I say. The next series of blasts that smash against my hull tell me they might not share that opinion. Doesn't matter. Their ships are quick but my babygirl Francine bigger and tougher. Her guns went dry a standard half hour ago, but that's okay too. Dumb ass'd pirates messed up when they let me get too close to the jump gate. A fresh round of flashes and shakes knocks me off my seat in front of the control console. I hit the floor hard and my knees and back burn with a hot flood of agony. Shards from the broken glass slice into my right hand and arm as I land. I yell out with a big grin on my grizzled face as I think back to another saying my brother had.

"A good jolt of pain'll do ya better than whole damn pot of coffee!" I say it out loud to no one in particular, then steady myself on the edge of the control console.

"Shields at thirty two percent. Hey could be worse. They could be at thirty one!" The ship AI says in a soothing, chipper female voice.

"I thought I turned the damn personality settings off." I mumble and try to ignore my aching bones as I climb my old worn out body back into the seat. Just gotta make it to the gate. Don't even bother trying to maneuver. These damn cheap ass after market replacement bio-arms aren't as quick as they need to be on the controls, no matter how hard I will em to be so. Hell, they're even two shades lighter then the rest of me! The cut from the glass has my right had bleeding all over the place. Silver-blue colored liquid seeps from my bio-arm and finds it’s way between the crevices of the main consoles rusted metal. None of that matters though. Just need to keep burning the thrusters. The shields will hold.

After a few seconds I see a tiny ring in the distance that don't look big enough to fit on my pinky. Hard to believe it’sas big around as all of Old Earth. I press the ship harder. Every warning indicator she has, and one Ididn't even know she had, flashes to life. The engine is overheating, along with central computer. It's working too hard. Doesn't matter. I got the gate in my sights. On the other side is my employer and adozen warships that'll make these pirates piss their pants just before they tuck tail and turn back for the shithole asteroid cluster they came from. In the meantime though, Francine keeps takin a pummeling.

"I know it hurts baby, but get us through that gate and Daddy's gonna give you a complete systemoverhaul. Promise, just you wait and see." I say to the center console. Starting to get messages about fires starting up in the lower decks and the decreasing of the shields. No problem. She's taken worse punishment and the ore shipment is in a secure nuclear grade container. All that matters is the gate is minutes away. I tip the burbon back and drain the bottle as a fresh round of lasers hits my baby from the left side. Red smoke, colored by the warning lights, begins to seep into the cockpit. I smash the bottle off the side wall and laugh my ass off until the smoke cuts off the laughter and replaces it with a cough.

"Guess what?! We're four minutes from the jump gate! Wanna know the actual odds of us making it there alive, or would you prefer an optimistic lie?!” The ships AI blared me through the ships speakers.

"Personality settings off!" I yell out, as I reach under the console and yank out a cluster of wires. As the happy voice fades I look up out the main view window, and see it. From my perspective the gate looks to be a bit bigger around, but its still just a small circle engulfed in a sea of stars. Be there in less than two minutes, tops. As strap into my chairs over the shoulder safely harnesses and grab the controls with both hands I notice that they're trembling. No drug in the Galaxy better than this. The gate grows bigger as it approaches. The pirates have time for one more volley of fire. If it doesn't end me, I'm home free, if not, I'm even more free. HA! This is it baby! The life of a Jacker. Nuthin better. Fortune and glory behind one door and certain death behind the other. Which ever happens might as well be decided by the flip of a coin. Not the life to live if you've got to an ounce of sense in your brain,and I wouldn't have it any other way!