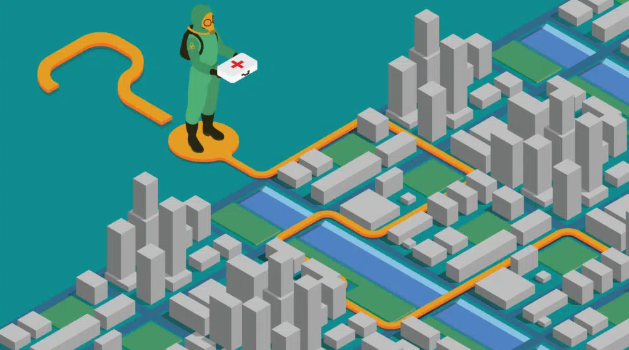 Weaponizing a pathogen sounds like something out of an archetype Bond villain, minus the wrapped-up plot twists by the time the credits roll, and the obligatory fawning of a stereotypical bikinied woman over the intrepid MI-6 spy. Real life doesn't conclude so cleanly. Before every student became accustomed to active shooter drills, my generation ducked under wooden desks to shield themselves from nuclear fallout. Life has always been precarious, as we have always had a segment of society that would "go there."

On that high note, I will see you on the 29th of November. Happy Thanksgiving!

Pandemics can begin in many ways. A wild animal could infect a hunter, or a farm animal might spread a pathogen to a market worker. Researchers in a lab or in the field could be exposed to viruses and unwittingly pass them to others. Natural spillovers and accidents have been responsible for every historical plague, each of which spread from a single individual to afflict much of humanity. But the devastation from past outbreaks pales in comparison to the catastrophic harm that could be inflicted by malicious individuals intent on causing new pandemics.

Thousands of people can now assemble infectious viruses from a genome sequence and commercially available synthetic DNA, and numerous projects aim to find and publicly identify new viruses that could cause pandemics by characterizing their growth, transmission, and immune evasion capabilities in the laboratory. Once these projects succeed, the world will face a significant new threat: If a single terrorist with the necessary skills were to release a new virus equivalent to SARS-CoV-2, which has claimed 20 million lives worldwide, that person would have killed more people than if they were to detonate a nuclear warhead in a dense city. If they were to release numerous such viruses across multiple travel hubs, the resulting pandemics could not plausibly be contained and would spread much faster than even the most rapidly produced biomedical countermeasures. And if one of those viruses spread as easily as the omicron variant—which rapidly infected millions of people within weeks of being identified—but had the lethality of smallpox, which killed about 30 percent of those infected, the subsequent loss of essential workers could trigger the collapse of food, water, and power distribution networks—and with them, societies.

To avoid this future, societies need to rethink how they can delay pandemic proliferation, detect all exponentially growing biological threats, and defend humanity by preventing infections. A comprehensive set of directions detailing how we can build a world free from catastrophic biological threats is required. That roadmap now exists.

How a deliberate pandemic could crush societies and what to do about it, Kevin Esvelt, Bulletin of the Atomic Scientists