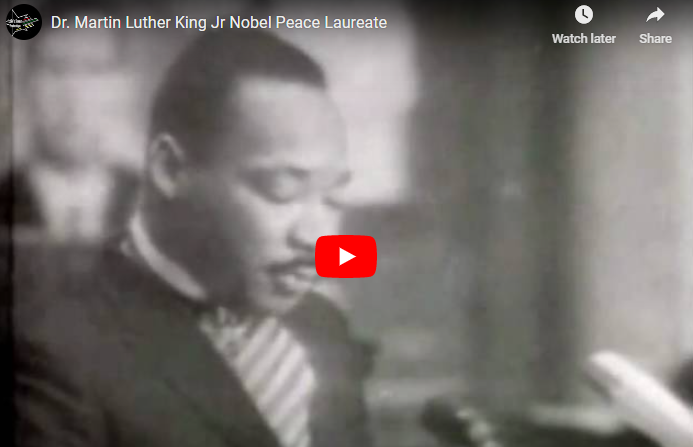 I am part of a generation that, when we pass, will have the last memories of hearing your voice on the radio, on television, and not be a documentary or a YouTube embed. Small children, that terrible day when we...lost you.

I remember when after the assassination of Martin Luther King, a pickup truck with a confederate flag flying behind it rode past my kindergarten, shouting epithets and gloating at his death (1968).

I saw my first burning cross at the age of fourteen (1976) during my first overnight encampment with JROTC.

This wasn’t that long ago.

Like your support of the idea of us in the future in Star Trek, we tried to embody that hope in every class we tackled, every Calculus, Physics, and Engineering problem we solved: we strove to make you proud of us, despite the fact you were here and then gone so soon.

Happy birthday sir, and THANK YOU! 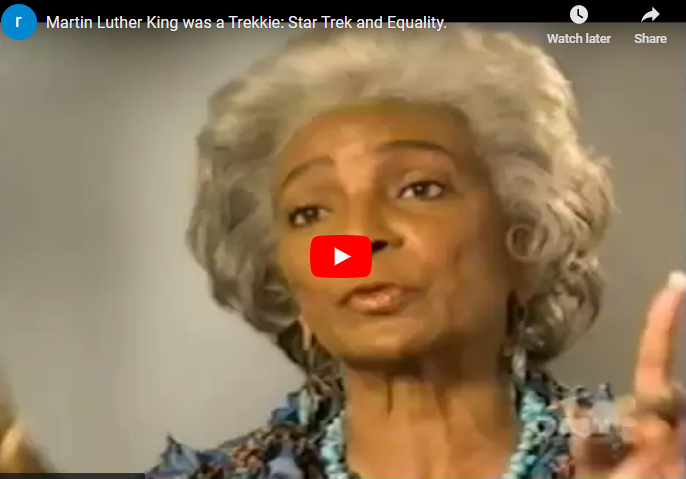 "At the end of Star Trek's first season, Nichelle was thinking seriously of leaving the show, but a chance and moving meeting with Martin Luther King changed her mind. He told her she couldn't give up...she was a vital role model for young black women in America. Needless to say, Nichelle stayed with the show and has appeared in the first six Star Trek movies. She also provided the voice for Lt. Uhura on the Star Trek animated series in 1974-75."