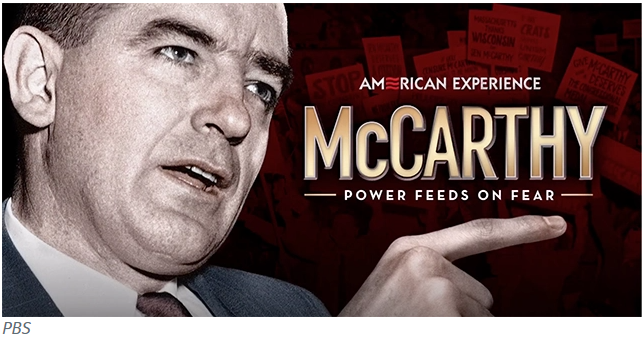 Even presidents who don’t believe in history need a historian to rely on. When asked, in 2014, by a delegation of students and history teachers for his chosen chronicler of Russia’s past, Vladimir Putin came up with a single name: Ivan Ilyin.

Ilyin is a figure who might have been easily lost to history were it not for the posthumous patronage of Russia’s leader. Putin first drew attention to him – Ilyin was a philosopher, not a historian, a Russian who died in exile in Switzerland in 1954 – when he organized the repatriation of Ilyin’s remains for reburial in Moscow in 2005. Ilyin’s personal papers, held in a library in Michigan, were also brought “home” at the president’s request. New editions of Ilyin’s dense books of political philosophy became popular in Kremlin circles – and all of Russia’s civil servants reportedly received a collection of his essays in 2014. And when Putin explained Russia’s need to combat the expansion of the European Union and laid out the argument to invade Ukraine, it was Ilyin’s arguments on which the president [relied].

Timothy Snyder begins his pattern-making deconstruction of recent Russian history – which by design, he argues, is indistinguishable from recent British and American history – with a comprehensive account of Putin’s reverence for the work of Ilyin. Like much of Snyder’s analysis in this un-ignorable book, the framing offers both a disturbing and persuasive insight.

Ilyin, an early critic of Bolshevism, had been expelled by the Soviets in 1922. In Germany, where he wrote favorably of the rise of Hitler and the example of Mussolini, he developed ideas for Russian fascism, which could counter the effects of the 1917 revolution. As a thread through his nationalist rhetoric, he proposed a lost “Russian spirit”, which in its essence reflected a Christian God’s original creation before the fall and drew on a strongly masculine “pure” sexual energy (he had been psychoanalyzed by Freud). A new Russian nation should be established, Ilyin argued, to defend and promote that ineffable spirit against all external threats – not only communism but also individualism. To achieve that end, Ilyin outlined a “simulacrum” of democracy in which the Russian people would speak “naturally” with one voice, dependent on a leader who was cast as a “redeemer” for returning true Russian culture to its people. (My insert: Make Russia Great Again?) Elections would be “rituals” designed to endorse that power, periodically “uniting the nation in a gesture of subjugation.”

The Road to Unfreedom by Timothy Snyder review – chilling and un-ignorable, Tim Adams. The Guardian

Black Wall Street was razed in 1921, the bombing by air dramatized in the sequel to Watchmen on HBO. Rosewood was massacred in 1923. The steamroller of violence began in 1919 after "The Great War," we know as World War I as African American soldiers returned from the war and filled factory jobs that whites found themselves competing for. The struggle for resources fosters violence. Standardized testing, De Jure redlining, and structural racism are all bloodless coups of violence. It is Pontius Pilate washing his hands before the crucifixion, but the aims and the ends are absolutely congruent.

In our country, one of the two major parties is actively practicing un-democracy: they are obviously not interested in "bipartisanship," except as a political cudgel on the democrats; there are 47 states logging hundreds of legislative maneuvers to make it harder for black and indigenous people of color (BIPOC) to VOTE. Armed "poll watchers" can intimidate, film, potential voters. This precedent is ominous now that you don't need a permit, or training to "open carry" in Texas: just a brain, no matter the state (or, damage) of an individual mind, and a functioning trigger finger. The ongoing, dystopian Arizona "fraud-it" is as much a template as January 6, 2021. If not challenged, we will see both again. In a two-party system, both have to accept that if your party lost the election, it's your job to come with better arguments the next time. Now, the equivalent of a tantrum is being constructed, modeled after the commander of covfefe Pablum, just one where votes are suppressed, gallows might be built, bullets likely fly, and blood from BIPOC bodies runs red.

“Not having a January 6 Commission to look into exactly what occurred is a slap in the faces of all the officers who did their jobs that day,” Gladys Sicknick said in a statement provided to POLITICO. “I suggest that all Congressmen and Senators who are against this Bill visit my son’s grave in Arlington National Cemetery and, while there, think about what their hurtful decisions will do to those officers who will be there for them going forward.”

“Putting politics aside, wouldn’t they want to know the truth of what happened on January 6? If not, they do not deserve to have the jobs they were elected to do,” she added.

The army hired Boston lawyer Joseph Welch to make its case. At a session on June 9, 1954, McCarthy charged that one of Welch's attorneys had ties to a Communist organization. As an amazed television audience looked on, Welch responded with the immortal lines that ultimately ended McCarthy's career: "Until this moment, Senator, I think I never really gauged your cruelty or your recklessness." When McCarthy tried to continue his attack, Welch angrily interrupted, "Let us not assassinate this lad further, senator. You have done enough. Have you no sense of decency?"

Decency? I would say, that is a no.