Tweet
Share
Promote 0
"You want to be the pebble in the pond that creates the ripple for change." Tim Cook, CEO, Apple, Inc. Brainy Quote

I've literally done all that I can do. I've blogged, I've called, I've text messaged, I've given money; I've reminded/nagged/begged. I've also early voted. It's now all up to you millennials tomorrow, and the futures you want for yourselves.
Trust me on this one: you will get older. You won't look as good as you do right now in the mirror. A car accident, a fall, a cancer diagnosis could change your world for the far worse than it is. I don't want you to find out the high cost of healthcare in this country (an oxymoron) and the high price of ignoring signs and "hoping it will go away on its own."
If you've decided not to have kids because of the terrible state of affairs in the world, that's fine too. I know a lot of couples that are childless by choice. Minus refugees fleeing the blow back from our country's debacles in Central America; climate change, minus clean water standards; minus standards of living: we're headed into 15 billion souls that will need food, clothing, healthcare and jobs with no ideas coming from the living fossils tied at the hip to the fossil fuels industry. They get to die before the impact of their blunders turn your golden years into a dystopian nightmare.
Think of it this way: if your "favorite" isn't on the ballot, if your candidate didn't move you to tears with their oratory; if you just think all this fuss is kind of dumb, what isn't is your futures. It's on the ballot tomorrow and every election after that.
It Can't Happen Here is a semi-satirical 1935 political novel by American author Sinclair Lewis,[1] and a 1936 play adapted from the novel by Lewis and John C. Moffitt.[2]
Published during the rise of fascism in Europe, the novel describes the rise of Berzelius "Buzz" Windrip, a demagogue who is elected President of the United States, after fomenting fear and promising drastic economic and social reforms while promoting a return to patriotism and "traditional" values. After his election, Windrip takes complete control of the government and imposes a plutocratic/totalitarian rule with the help of a ruthless paramilitary force, in the manner of Adolf Hitler and the SS. The novel's plot centers on journalist Doremus Jessup's opposition to the new regime and his subsequent struggle against it as part of a liberal rebellion. Wikipedia
I'm surprised I've not heard any parallels drawn from the plot of this novel and current events.
Like the Neanderthal nincompoop politicians lining their pockets from their 1% paymasters, I'll likely be ashes in a cemetery giving life to a maple tree (or, at least that will be my request).

I would just really appreciate a planet to supply oxygen for and clean water for my roots to drink. I tend to think you would too. 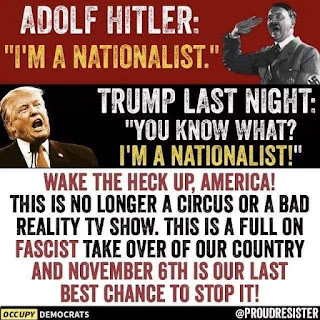 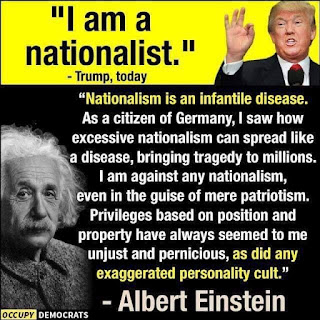