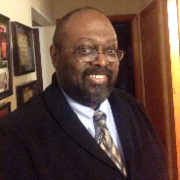 I'm a graduate of the Ohio State University, 1980-1986, 1987-1992, and a retired college professor of English (1990-2015). I'm a published author of several articles, "Epic Travel and the African Character in Science Fiction Literature, Film and Television" (February 2000), "From Slavery to Suburbia: The Literary Artistry of Sharon Draper" (March 2002) for Cuyahoga Community College's Faculty Symposium and "The African American Character in Science Fiction Literature, Television and Film" (8 April 2004) published Science Fiction and Fantasy World. My first book of science fiction, titled "Sojourners", chronicles the story of the first African American family in intergalactic space, was published 14 April 2016 as part of a trilogy.