Terry, “the Warrior” Reece was born in Texarkana, Arkansas, AT “ST. MICHAEL’S HISPITAL”; and raised in Texarkana, Texas. He attended Liberty-Eylau High School and Played and Starred in Basketball, although he earlier played Football and performed in Track & Field.    Mr. Reece moved to Dallas Texas in 1979 and Worked his way upwards for a Well Know Automotive Service & Tire Company and worked at the South Oak Cliff, DALLAS, TEXAS; location for about 14 years, where he Built up a Positive Reputation of a “Tech Specialist”/”Master Technician/Working Service Manager/Licensed Texas State vehicle  Inspector.  “Forcibly-Retired” and “Discriminated Against” in Pay, and Company Recognition Listings and “Threatened, with a Dime-IN-A-Desk”, by arrogant/upper Management of that Automotive Company; MR. Reece had to utilize his  $50,000 worth of his Mechanic’s tools and his 1976 Chevy PU Truck and began working as a Mobil Mechanic, then Built that to open his 1st Downtown Dallas Shop called “Jet Automotive” and very Soon, All of His Longtime Customer left that Former Major Automotive Company’s Locations and Followed Mr. Reece to his New Location on “Gould Street, in Dallas, near Downtown. (That Former Major Automotive place had to close its doors, about 10 Months later:’ Because it lost soo much Business and money; It is Still even today a Bank of America Branch Office).  eventually Mr. Reece owned 4 Automotive Locations, around the Dallas, Texas Areas, including a “Former Partnership” on Duncanville Rd. with Former LA RADIERS Hall of Fame/All Pro receiver; #81= “Timmy” aka Tim Brown.  Mr. Reece, quickly became  one of the “Up-&-Coming” Dallas/Ft. Worth Areas; “Who’s-Who” and became Active Politically and Business and Community wise. MR. Reece served on the P & Z Board of Adjustment for the City of Lancaster, Texas and the City of Cedar Hill Texas and helped walk the streets of South Lancaster Rd. in Dallas to help with Informing Businesses of the “Coming of DART” the Dallas Area Rapid Transit Authority and D.A.R.T. Railway Systems, which you see today in Dallas (This was done for his State Senator, Royce West’s Open Meetings for the Communities, along the Proposed Routes of DART). MR. Reece became “Certified as a M.B.E.” and received some Contracts with The General Services Commissions Certifications for the Dallas County Schools, and others, and when Mr. Reece Opened a Courier/Delivery Company in 1996/1997 he Delivered, to The DFW International Airport Board, The City of Dallas, Texas, Companies like Frito Lay, Coke-Cola, too many Judges and Attorneys and other Corporations to name; All around the DFW Metro Areas. In 1993-1994/1995 Mr. Reece was “THE” Sub-Contracted Company that Helped “Automotive Technology Services, Inc.” receive the “Only Texas Department of Commerce; Smart Jobs Grant ever obtained by a Minority Company” and MR. Reece, acted as “the ACTING DIRECTOR of EDUCATION” where he wrote the “Curricula”, Recruited the Students; Women/& Men, Wrote the Student Handbook, Wrote the “Student Handbooks” and Sometimes “Taught and Trained the Students in “Ft. End a Suspensions & Alignments”, “Engine Performance & Emissions”, “Engine Repairs”, “Automotive AC & Heating” and “Automotive Electrical”; all of which MR. Reece held ASE National Automotive Certifications and even briefly taught the Same Subjects for ATI (Automotive Trades Institute) in Dallas.)…in 2001, after Dating his current wife (Julia) for over 2 1/2 years Long-Distance; Mr. Reece and Julia married and he relocated to Detroit, Michigan, where he lived pretty much “Incognito” and worked small Jobs and then Completely Revamped his Companies into what you find today as;    ®Reece ENTERPRISES/©REECENETRICS™/®FAMILY MEDIA COMPANY™/©TDM Comics International; a small but slowly/Strategically growing group of Companies, Creating Comics, and Entertainment Products & “Brands” geared Towards the World Wide Diverse People, of many Cultures and Nations to “spread the love of Positive Images for peoples of All Colors, Worldwide!”… ®Reece ENTERPRISES/©REECENETRICS™/®FAMILY MEDIA COMPANY™/©TDM Comics International, utilizes Global “Strategic Partnering” and relationships and friendship building as the primary strategies for continually building the group of Companies and associated relationships. AS a 1996-1997 Graduate of “LEADERSHIP SOUTHWEST” in Southern Dallas County; MR. Terry “the Warrior” Reece was Trained in Global, Local, Community Economic Development and Political Policies and was “Groomed” to run for Public Office in Southern Dallas County and Graduated with an “Official State of Texas Gold-sealed Diploma of Completion, along with that 1996-1997 Graduating Class and Mr. Reece help Found and Served on two Not for Profit  Organizations in Dallas; (the Friends of Red Bird Airport and “Positively Oak Cliff”). MR. Reece has Numerous “Copyrights & Potential Inventions” and also Served on the Texas R & B Music Association Board, during a period in 1996-2001. During the years of 1979—2001, Mr. Terry Reece, WAS INVOLVED on many formidable Communities improvements and currently modern day Dallas Areas major projects, including D.A.R.T., THE TRINITY RIVER AUTHORITY PROJECT PLANNING, THE 30-YEAR DALLAS PLAN, NAFTA, AND THE EMERGING OF “PUBLIC/PRIVATE PARTNERSHIPS, IN THE DFWAREA. MR. REECE WAS ALSO VERY ACTIVE IN SEVERAL CHAMBERS OF COMMERCE, INCLUDING THE DUNCANVILLE CHAMBER, THE LANCASTER CHAMBER, THE TRI-CITY CHAMBER, THE DALLAS CHAMBER, AND THE USA CHAMBER.

Although, still having received many more “Awards, Honors, and Certificates of Recognition”, Nationally and Globally; MR. Reece has remained “humble & Thankful” that a “little Skinny Bullied kid from Texarkana could be blessed to have done things, never imagined by him or those who grew up with him, with still current things being done for the Betterment of Humanity.

Terry “the Warrior” Reece, ALSO A SELF-PUBLISHED WRITER/CREATOR/AUTHOR OF TDM COMICS INTERNATIONBAL COMICS-NOVELS AND A SMALL MEDIA COMPANY, AND EVENTS AND MUSICAL CONCERTS PROMOTOR; currently lives in Las Vegas, NV. With his Beautiful and Smart wife and keeps doing what God has for him to be doing!    We “HONOR” WOMEN & MOMS, and MILITARY Females with our NEW, EXCITING “G.i.J.i.M.O.M.” Series: http://thesiborg.com/ http://familymediasite.com/ http://tdmcomics.com/ http://post-up.me/

I am always seeking to work with a group of "Positive" People, within Our New Chosen Communities in Las Vegas, NV. And GLOBALLY.   https://www.linkedin.com/in/thewarrior/

NVHBG/Nevada Hispanic Business Group: Past Advisory Board Director of Diversity and Inclusion & (Past Acting Director)

The Mayor's Committees for:

Under the Provisions of 49 CFR Part 26

1/ONE OF MY GREATEST AND HUMBLE HONORS, WAS TO SERVE ON PRESIDENT BARACK OBAMA’S “HONORARY KITCHEN CABINET”! 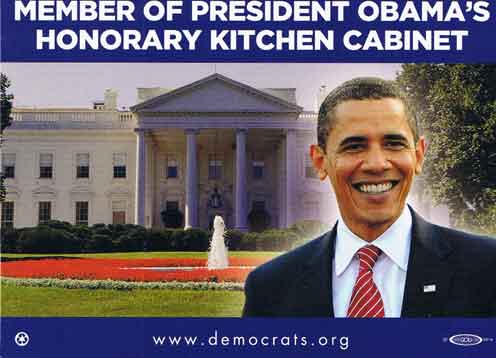 I was invited by the administrator