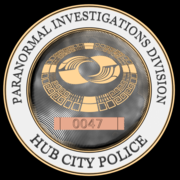 Flash Fiction by Thaddeus Howze500 Words "Are you going to eat that? I'm starving." The voice, like caged thunder, rumbled as Harold held his head in his hands. "Knock yourself out." A pair of twisted tentacles composed of degenerate exotic matter…
See More "Outstanding art. Is there a story that goes with it?"
More…
Loading ...

Thaddeus Howze is a prolific writer of speculative fiction, scientific, technical and cultural commentary from his office in Hayward, California. Thaddeus' speculative fiction has appeared in numerous anthologies and literary journals. He has published two books, 'Hayward's Reach' (2011), a collection of short stories and 'Broken Glass' (2013) an urban fantasy novella starring his favorite paranormal investigator, Clifford Engram. Thaddeus works as a writer and editor for two magazines, the Good Men Project, a social men's magazine as well as for Krypton Radio, a sci-fi enthusiast media station and website. He is also a freelance journalist for Polygon.com and Panel & Frame magazine. Thaddeus is the co-founder of Futura Science Fiction Magazine and one of the founding members of the Afrosurreal Writers Workshop in Oakland. Before his career reinvention as a writer, Thaddeus was a technology executive who worked in the Bay Area as the Chief Information Officer and Vice President of Information Services for John F. Kennedy University. He was also an adjunct instructor of Computer Science and the technology manager of the Computer Science department at Laney College. Thaddeus' career in information technology spanned two decades and included network design, desktop publishing, educational curriculum design and industry-related coaching. In his identity as The Answer-Man he answers questions about science fiction, media culture, movies, anime, comics and superheroes all over the Internet. He has appeared on a variety of podcasts and convention panels as a comic historian and inspirational writing coach promoting Afrofuturism and speculative fiction writing.