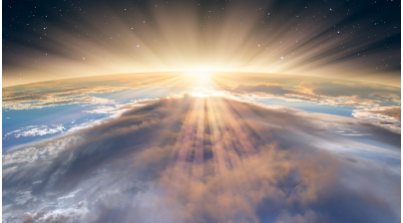 Thankfully, we're not. Hat tip to Marvel, and Rotten Tomatoes.

Scientists aren’t superheroes. Or are they? Superheroes defend the defenseless and save humanity from any number of disasters, both natural and unnatural, often using powers of logic and some really hip techno-gadgets.

The Earth is in crisis and while it has its own mechanisms to fight back, it could use a helping hand. Earth could use a superhero.

Scientists at the U.S. Department of Energy’s (DOE) Argonne National Laboratory are stepping up and applying decades of expertise and research to combat some of Earth’s toughest foes, from waste and pollution to climate change. And they’ve assembled a cache of some of the world’s coolest technology for this crusade.

So, this Earth Day, we take a look at just a few of the ways Argonne’s scientist-superheroes are swooping in to keep Earth healthy and its citizens safe.

What better way to save the planet than knowing what the future holds? Argonne and DOE are leaders in modeling Earth’s complex natural systems to help us keep tabs on the planet’s health. The best of these models can simulate how changes in these systems and our own actions might influence climate and ecosystems many years into the future. They give us a better understanding of the roles played by tropical rain forests, ice sheets, permafrost, and oceans in maintaining carbon levels and help us devise strategies for protecting them — ultimately, identifying how much carbon dioxide (CO2) we need to reduce from human activities and remove from the atmosphere to stabilize the planet’s temperature.

8 Things Argonne is Doing to Save the Earth, Argonne National Laboratory