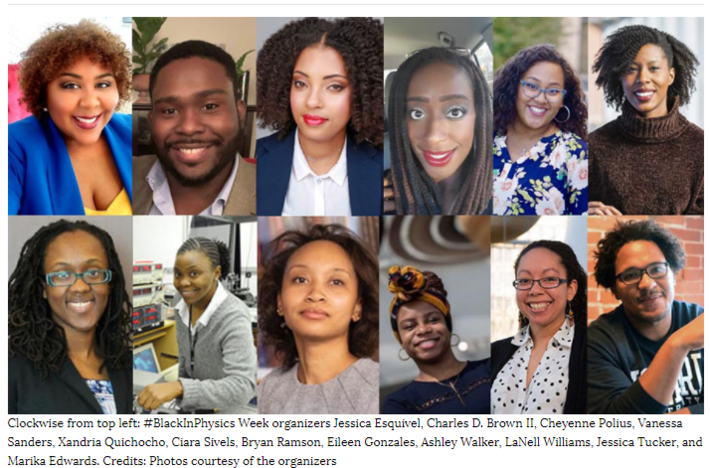 Throughout the week of 25 October, Black physicists, their allies, and the general public are invited to participate in #BlackInPhysics Week, a social media-based event dedicated to celebrating Black physicists and their contributions to the scientific community and to revealing a more complete picture of what a physicist looks like. Programming includes professional panels, a job fair, and an open mic night. If you are interested in learning more and registering for the events, check out blackinphysics.org or @BlackInPhysics on Twitter.