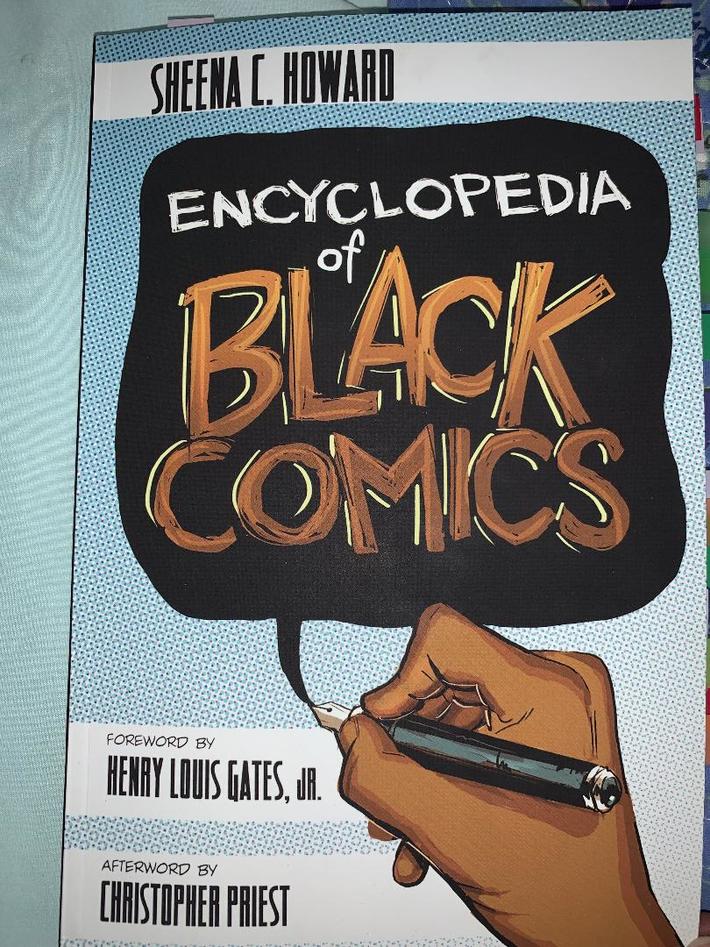 For anyone with a love of comics, graphic novels and webcomics produced by Black, African American and African artists, writers and illustrators, the Encyclopedia of Black Comics by Sheena C. Howard is an amazing trove of knowledge and insight. The information is thorough, well written and packed with history of where and when Black artists and writers began making comics, many times without acknowledgement of the publishing community.

With names familiar and unfamiliar, the Encyclopedia of Black Comics list entries alphabetically by last name, along with birth and death dates, colleges and universities attended, what their talents are/were and their comics and titles.

Whether you love comics, graphic novels and webcomics, have an interest in them or even just a curiosity, the Encyclopedia of Black Comics will satisfy your level of interest and more. The graphics and illustrations don’t disappoint either.