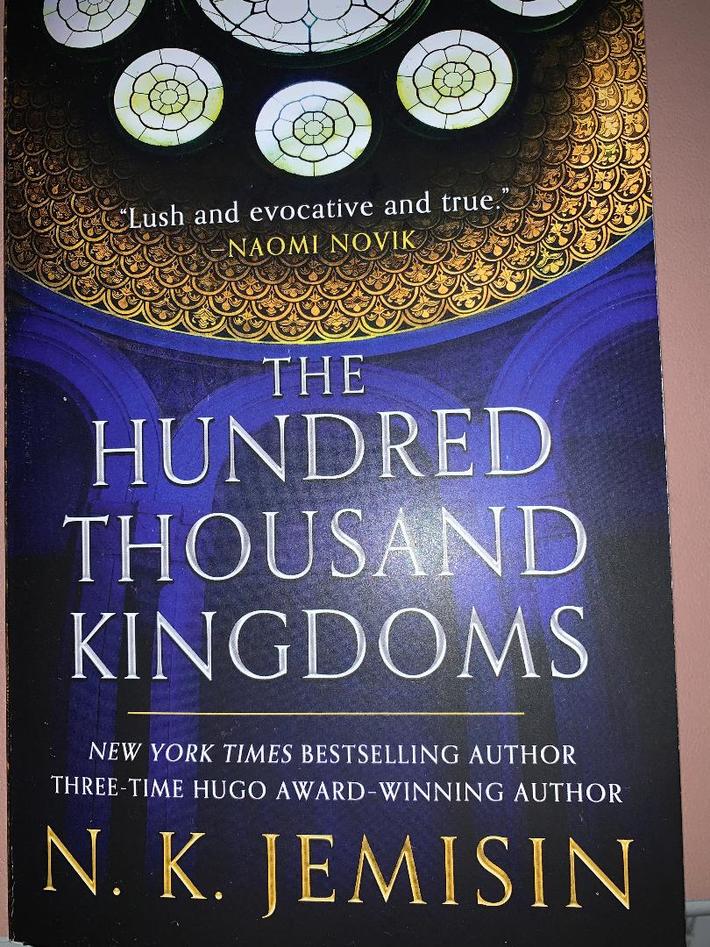 Yeine Arameri is a young girl from a far-off land within The Hundred Thousand Kingdoms that is thrust into political war between her two cousins simply because her mother was a former heir to the kingdom, who turned her back on the throne. What should have been her mother’s position-and problem-to deal with is now hers. Her cousins want to kill her because she exists and is therefore a threat to them and their right to be heir to the throne. If Yeine can survive the first 24 hours in her new home, she just might live long enough to be killed when it is actually time to give up her life. You just have to read this wild-ride fantasy to see what I mean.

In a land where billions of people live alongside everyday magic and gods, The Hundred Thousand Kingdoms by N.K. Jemisin is a breathtakingly fresh take on fantasies. The word-building is rich and seamless intertwined with magic, gods, technology and political intrigue. A gem of a read.