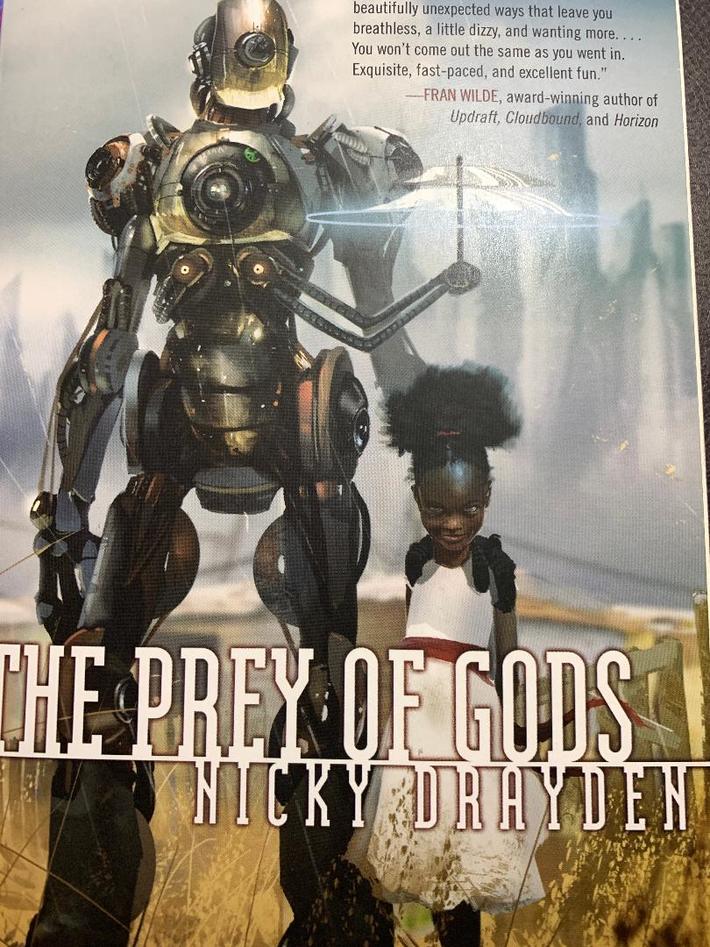 Nicky Drayden is a master weaver of science fiction and fantasy in her novel, The Prey of Gods. Five unique individuals, with their own set of problems, have their story lines come together so seamlessly in the end to save a futuristic South Africa from total destruction. Nomvula, a blooming demigoddess must discover her true potential to fight another demigoddess focused solely on destroying every human being in the township of Port Elizabeth, then the world. Muzi, a queer South African youth, is becoming a man and finding his own path in life and love, all while experimenting with a new drug his best friend’s cousin has begun distributing throughout the populace. Three more characters: Sydney, the other demigoddess; Riya, a pop diva; and Stoker, a politician, also are finding their way amongst a city that fights its own demons (dik diks), as well as fighting their internal demons as well.

The Prey of Gods is a unique combination of: science fiction, with robot engineering, and artificial intelligence that is becoming self-aware thanks to Nomvula; fantasy, with demigods and goddesses; humans who coexist with them all; and everyday battles with drugs, self-doubt and identity. A wonderful read that keeps you intrigued from beginning to the end. #nickydrayden #thepreyofgods