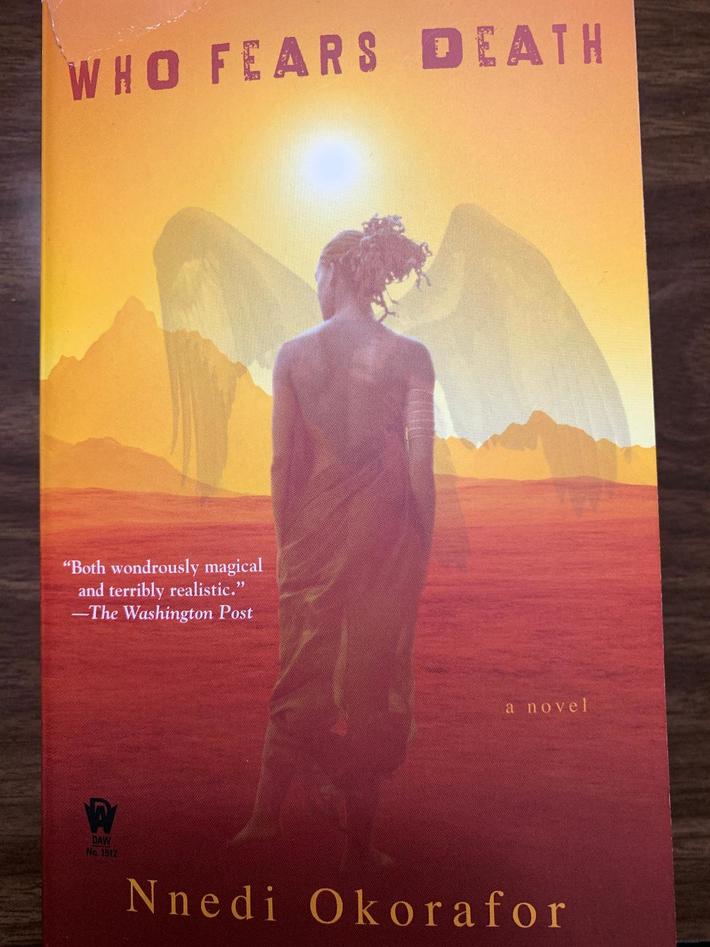 Who Fears Death by Nnedi Okorafor is a mind-bending fantasy that grabs you from page one. In a post-apocalyptic Africa, fear runs rampant: fear of invaders and fear of those who don’t look like the rest of the population. It touches on things that are real and happen even now in African nations; sometimes it’s very raw and graphic, but it maintains its truth about the terrible things that happen to girls throughout Africa today.

The title character, Onyesonwu, is an Ewu, someone who is seen as evil and shunned just because of the way they look. Onyesonwu is also a sorceress, but she won’t learn this until her middle years. When she learns she can do things that others cannot, she wants to learn more. Onyesonwu knows of someone who can teach her the things she longs to know; his name is Aro. But there is one main reason Aro refuses over and over again to teach her the mystic ways—Onyesonwu is a girl.

Once their arguments and battles over that fact are finished, Aro at last decides to teach her. Then, from Aro’s teacher, both Aro and Onyesonwu learn that she is to fulfill a prophecy—to correct the wrongs done by the Nuru people and to kill the one who rules them all.

The dynamic writing by Okorafor pulls you in to this fantasy world, with real-world touches, and stuns in the spell-binding writing on how the sorcery works in this post-apocalyptic world. A fascinating read.