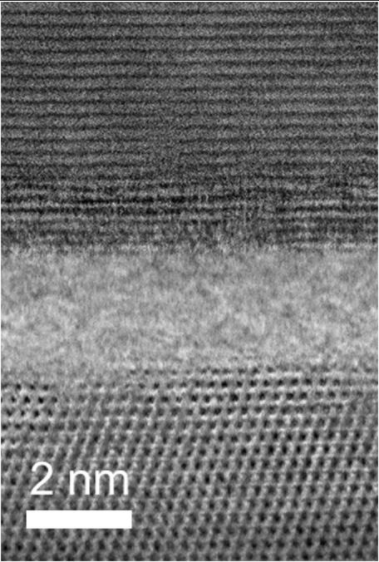 A novel semiconducting material with high thermal conductivity can be integrated into high-power computer chips to cool them down and so improve their performance. The material, boron arsenide, is better at removing heat than the best thermal-management devices available today, according to the US-based researchers who developed it.

The size of computer chips has been shrinking over the years and has now reached the nanoscale, meaning that billions of transistors can be squeezed onto a single computer chip. This increased density of chips has enabled faster, more powerful computers, but it also generates localized hot spots on the chips. If this extra heat is not dealt with properly during operation, computer processors begin to overheat. This slows them down and makes them inefficient.

Researchers led by Yongjie Hu at the University of California, Los Angeles, recently developed a new thermal-management material that is much more efficient at drawing out and dissipating heat than other known metals or semiconducting materials such as diamond and silicon carbide. This new material is known as defect-free boron arsenide (BAs), and Hu and colleagues have now succeeded in interfacing it with computer chips containing wide-bandgap high-electron-mobility gallium nitride (GaN) transistors for the first time.

Using thermal transport measurements, the researchers found that processors interfaced with BAs and running at near maximum capacity had much lower hot-spot temperatures than other heat-management materials at the same transistor power density. During the experiment, the temperature of the BAs-containing devices increased from room temperature to roughly 360 K, compared to around 410 K and 440 K, respectively, for diamond and silicon carbide.