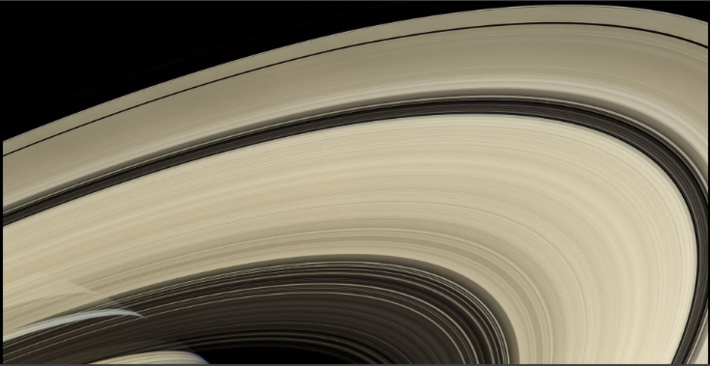 A view of Saturn from NASA's Hubble Space Telescope captures details of its ring system and atmospheric details on June 20, 2019. NASA, ESA, A. Simon (GSFC), M.H. Wong (University of California, Berkeley), and the OPAL Team/Handout via REUTERS

WASHINGTON, Sept 15 (Reuters) - Call it the case of the missing moon.

Scientists using data obtained by NASA's Cassini spacecraft and computer simulations said on Thursday the destruction of a large moon that strayed too close to Saturn would account both for the birth of the gas giant planet's magnificent rings and its unusual orbital tilt of about 27 degrees.

The researchers named this hypothesized moon Chrysalis and said it may have been torn apart by tidal forces from Saturn's gravitational pull perhaps 160 million years ago - relatively recent compared to the date of the planet's formation more than 4.5 billion years ago.

About 99% of the Chrysalis wreckage appears to have plunged into Saturn's atmosphere while the remaining 1% stayed in orbit around the planet and eventually formed the large ring system that is one of the wonders of our solar system, the researchers said. They chose the name Chrysalis for the moon because it refers to a butterfly's pupal stage before it transforms into its glorious adult form.

"As a butterfly emerges from a chrysalis, the rings of Saturn emerged from the primordial satellite Chrysalis," said Jack Wisdom, a professor of planetary science at the Massachusetts Institute of Technology and lead author of the study published in the journal Science.