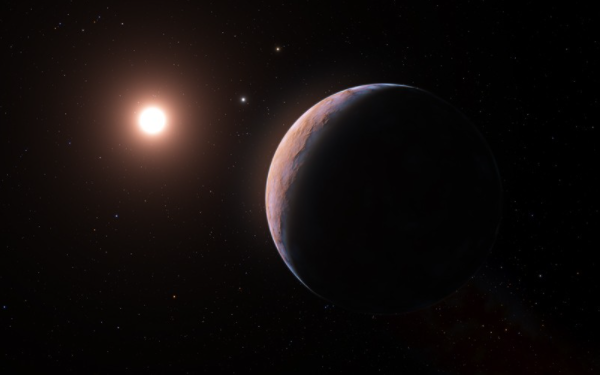 Astronomers have discovered a third planet orbiting Proxima Centauri, the star closest to the Sun. Called Proxima Centauri d, the newly spotted world is probably smaller than Earth and could have oceans of liquid water.

“It’s showing that the nearest star probably has a very rich planetary system,” says Guillem Anglada-Escudé, an astronomer at the Institute of Space Sciences in Barcelona, Spain, who led the team that, in 2016, discovered the first planet to be seen orbiting Proxima Centauri.

Astronomer João Faria and his collaborators detected Proxima Centauri d by measuring tiny shifts in the spectrum of light from the star as the planet’s gravity pulled at it during orbit. The team used a state-of-the-art instrument called the Echelle Spectrograph for Rocky Exoplanets and Stable Spectroscopic Observations (ESPRESSO) at the Very Large Telescope, a system of four 8.2-meter telescopes at the European Southern Observatory in Cerro Paranal, Chile. The results were published on 10 February in Astronomy & Astrophysics.