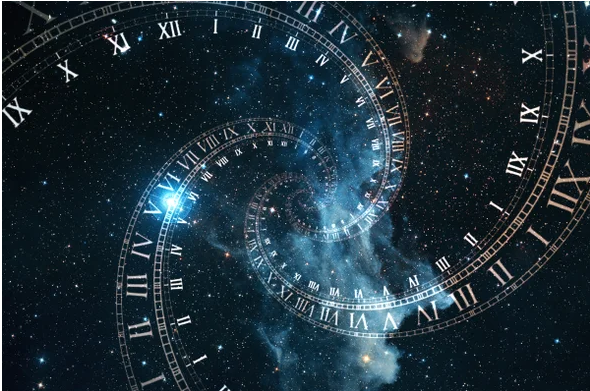 Albert Einstein’s twin paradox is one of the most famous thought experiments in physics. It postulates that if you send one of two twins on a return trip to a star at near light speed, they will be younger than their identical sibling when they return home. The age difference is a consequence of something called time dilation, which is described by Einstein’s special theory of relativity: the faster you travel, the slower time appears to pass.

But what if we introduce quantum theory into the problem? Physicists Alexander Smith of Saint Anselm College and Dartmouth College and Mehdi Ahmadi of Santa Clara University tackle this idea in a study published today in the journal Nature Communications. The scientists imagine measuring a quantum atomic clock experiencing two different times while it is placed in superposition—a quirk of quantum mechanics in which something appears to exist in two places at once. “We know from Einstein’s special theory of relativity that when a clock moves relative to another clock, the time shown on it slows down,” Smith says. “But quantum mechanics allows you to start thinking about what happens if this clock were to move in a superposition of two different speeds.”

Superposition is a strange aspect of quantum physics where an object can initially be in multiple locations simultaneously, yet when it is observed, only one of those states becomes true. Particles can be placed in superposition in certain experiments, such as those using a beam splitter to divide photons of light, to show the phenomenon in action. Both of the particles in superposition appear to share information until they are observed, making the phenomenon useful for applications such as encryption and quantum communications.