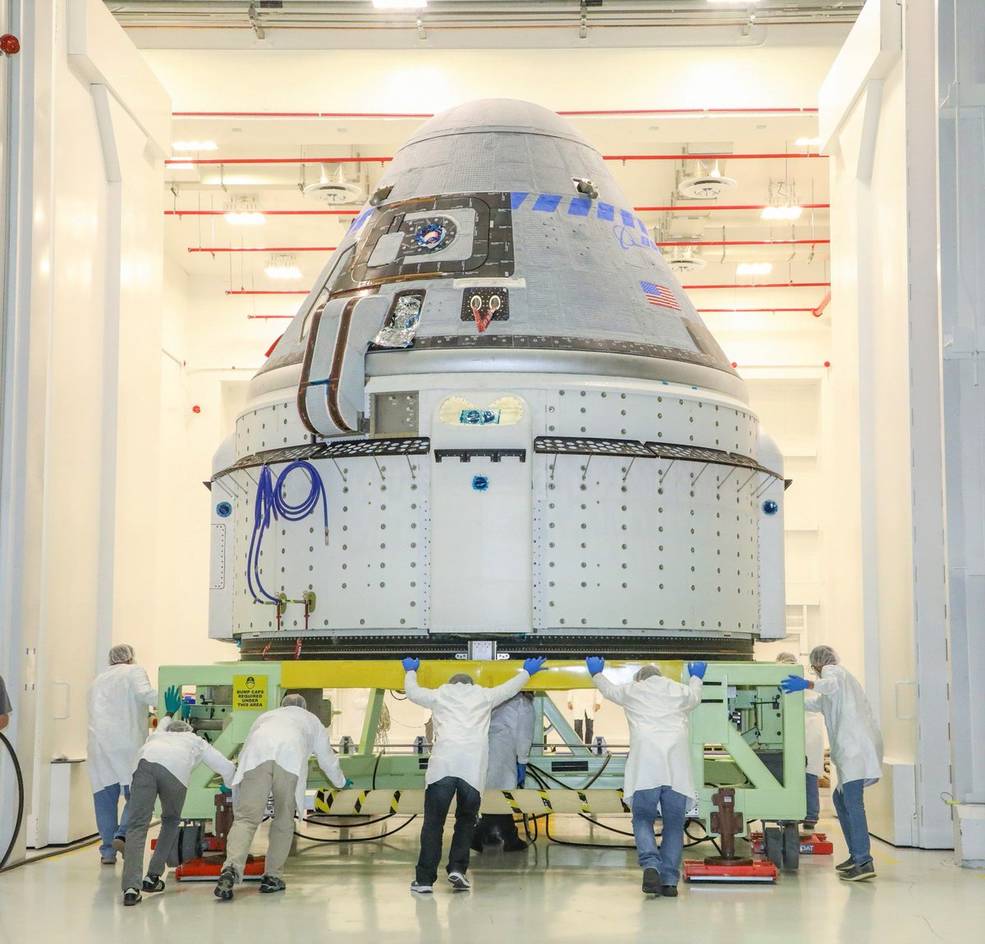 The CST-100 Starliner spacecraft to be flown on Boeing’s Orbital Flight Test (OFT) is viewed Nov. 2, 2019, while undergoing launch preparations inside the Commercial Crew and Cargo Processing Facility at Kennedy Space Center in Florida.
Credits: Boeing

NASA and Boeing continue to make progress toward the company’s second uncrewed flight test of the CST-100 Starliner spacecraft prior to flying astronauts to the International Space Station as part of NASA’s Commercial Crew Program.

Over the summer, Boeing’s Starliner team focused on readying the next spacecraft for its upcoming flight tests as well as making improvements identified during various review processes throughout the beginning of the year. NASA also announced an additional crew assignment for its first operational mission, NASA’s Boeing Starliner-1, with astronauts to the space station. Here’s more on the recent progress:

Teams from Boeing are well into final assembly of the crew and service modules that will fly OFT-2 to the space station inside of the company’s Commercial Crew and Cargo Processing Facility (C3PF) at NASA’s Kennedy Space Center in Florida. OFT-2 will fly a new, reusable Starliner crew module providing additional on-orbit experience for the operational teams prior to flying missions with astronauts. For Boeing’s Commercial Crew missions, the Starliner spacecraft will launch atop a United Launch Alliance Atlas V rocket.

With the majority of assembly complete, recent progress is focused on the NASA docking system re-entry cover, which was added to the design for additional protection of the system. The team also has completed the installation of the Starliner propellant heater, thermal protection system tiles and the air bags that will be used when the spacecraft touches down for landing. As final production activities continue to progress, the crew module recently entered acceptance testing, which will prove out the systems on the spacecraft before it’s mated with its service module.