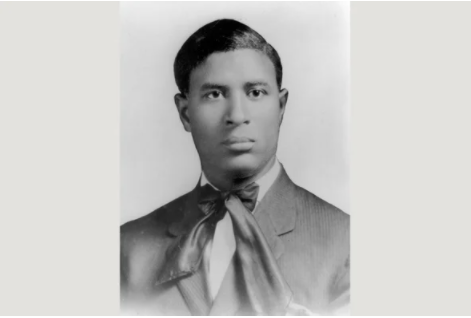 Just before midnight at the close of a hot summer day in 1916, a natural gas pocket exploded 120 feet beneath the waves of Lake Erie. It happened during work on Cleveland’s newest waterworks tunnel, a 10-foot-wide underwater artery designed to pull in water from about five miles out, beyond the city’s polluted shoreline. The blast left twisted conduit pipes littering the tunnel floor and tore up railroad tracks inside the corridor, with noxious smoke curling off the rubble. When the dust settled, 11 tunnel workers were dead.

Two rescue parties entered the tunnel searching for survivors. But they lacked proper safety equipment for the smoke and fumes; 11 of the 18 rescuers died. Some 11 hours later, desperate to save anyone still alive, the Cleveland Police turned to Garrett A. Morgan—a local inventor who called himself “the Black Edison”—and the gas mask he had patented two years earlier.

“He rustled his brother Frank,” says the inventor’s granddaughter, Sandra Morgan. “They threw a bunch of gas masks in the car—remember, they were selling these things—and in their pajamas, drove down to the lakefront.”

Some five years later, in the early 1920s, the inventor witnessed a horrific accident between the automobile and a horse-drawn cart at an intersection. Once again, his ingenuity kicked in. Before Morgan, traffic signals only had two positions: stop and go. “My grandfather’s great improvement,” Sandra says, “was the ‘all hold’—what is now the amber light.” Morgan patented the three-position traffic signal in 1923 and soon sold the idea to General Electric for $40,000 (the equivalent of about $610,000 today). He purchased 250 acres later that year in Wakeman, Ohio, and transformed it into an African American country club complete with a party room and dance hall.

“The mere imparting of information is not education. ” Dr. Carter G. Woodson