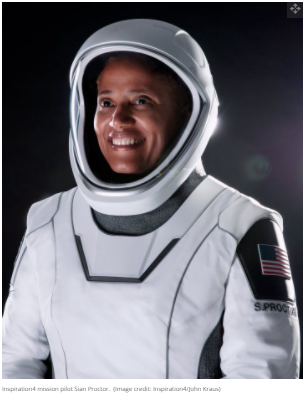 Dr. King revealed to Nichols that TOS was the only show that he and his wife, Coretta, allowed their little children to stay up and watch. Further, he told Nichols what the show meant to him personally and detailed the importance of her having created a character with "dignity and knowledge." Nichols took it all in and finally said, “Thank you so much, Dr. King. I’m really going to miss my co-stars.” Dr. King's smile, Nichols recalled, vanished from his face.

"He said, 'What are you talking about?'" the actress explained. "I told him. He said, 'You cannot,' and so help me, this man practically repeated verbatim what Gene said. He said, 'Don’t you see what this man is doing, who has written this? This is the future. He has established us as we should be seen. Three hundred years from now, we are here. We are marching. And this is the first step. When we see you, we see ourselves, and we see ourselves as intelligent and beautiful and proud.' He goes on and I’m looking at him and my knees are buckling. I said, 'I…, I…' And he said, 'You turn on your television and the news comes on and you see us marching and peaceful, you see the peaceful civil disobedience, and you see the dogs and see the fire hoses, and we all know they cannot destroy us because we are there in the 23rd century.'

Note: At this posting, she made history yesterday.

Proctor, a geoscientist, artist, and science communicator, has been paving the way in the space sector for decades. Now, years after being a finalist in NASA's astronaut candidate program back in 2009, she is realizing her dream of becoming an astronaut as she launches to orbit with the Inspiration4 mission tonight (Sept. 15).

While the mission itself is making history as the first all-civilian mission to launch to orbit, Proctor is accomplishing a major first herself as the first Black female spacecraft pilot.

"I'm really grateful to be here and to have this opportunity," Proctor said Sept. 14 during a news conference with reporters. "There have been three Black female astronauts that have made it to space, and knowing that I'm going to be the fourth means that I have this opportunity to not only accomplish my dream but also inspire the next generation of women of color and girls of color and really get them to think about reaching for the stars and what that means."