Tho' I created or named the future-primitif style "Rhythmism" in the early 1970s folks luv to assert I was influenced by Sun Ra.  Not at all the case! My groove was in over-drive long before I heard anything about Sun Ra.  Plus I thought his music, wearing TV antennaes and aluminum foil and wires along with his claims of being from Saturn were super-lame.

Later in the 1990s or so, when a non Black White man comes up with a term to cover a similar style, "Afrofuturism", it becomes the rage.

So was his name Kunta Kente or was it Toby?

HMMMMM? Where is the Kwnazaa in that?  I was commisioned by the indie "Roctober" 'zine do a Sun Ra image that is now a trending as a trading card.

I sitll stand for  Rhythmism! Being a major market kick ass illustrator......... I am still for hire.  So here it is. 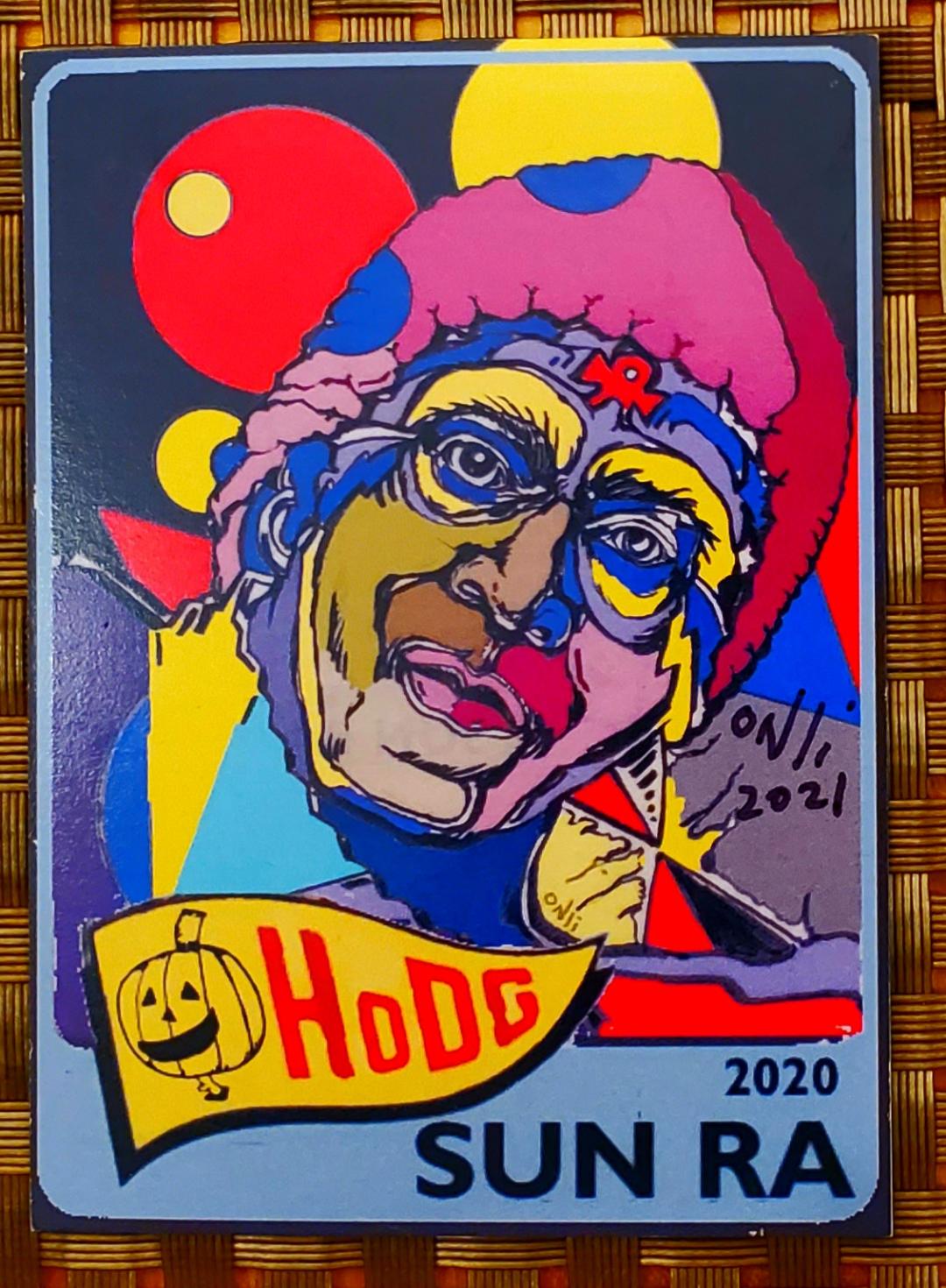