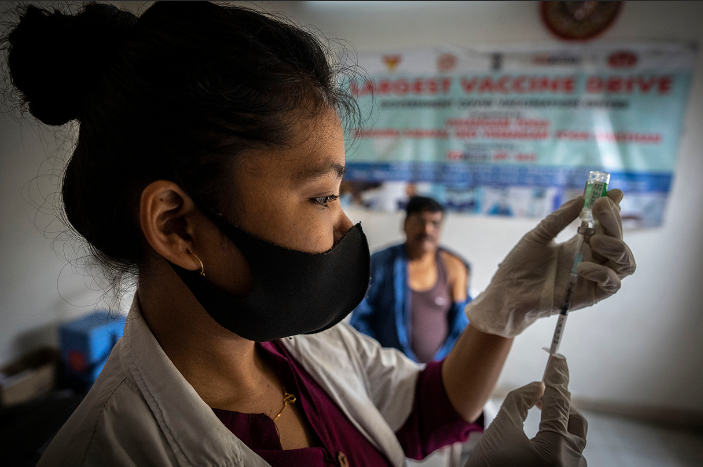 A nurse prepares a COVID-19 vaccine in Guwahati, India, on 10 April. A new subvariant named BA.2.75 that was first detected in India has surfaced in many other countries. ANUPAM NATH/AP IMAGES

Ed Rybicki, a virologist at the University of Cape Town in South Africa, concentrated his article in Scientific American on the viruses dominating the news cycle in the early 2000s: Ebola, Marburg, and HIV. Not comforting, but he said, "HIV, which is thought to have first emerged in humans in the 1930s, is another kind of virus, known as a retrovirus." Not mentioned, but the H1N1 comes from the 1918 Flu Pandemic, and a friend in Texas lost his girlfriend to it also in the early 2000s. Retro means "a process that reverses the normal flow of information in cells" and relates to a bridge between the first forms of life on this planet. In an e-brief, I wrote my first year at JSNN, an article in Nature: Education posits that viruses are not ‘alive’ because they don’t have metabolic processes, one of the four criteria for life (“organized, metabolism, genetic code, and reproduction”). The last part is important: they cannot reproduce asexually (unicellular division), or sexually with genders, spermatozoa, and an incubation period before birthing a copy. In other words, they aren't "alive," but they aren't dead either. They manage to replicate themselves by invading a host. Usually us.

It DOES mention three possible mechanisms as to origins: The Progressive Hypothesis, i.e., “bits and pieces” of a genome gained the ability to move in and out of cells (retroviruses like HIV given as an example); The Regressive Hypothesis, meaning the viruses evolved from some common ancestor to their current state (reductio ad absurdum), lastly The Virus-First Hypothesis, which puts any anthropocentric notions away and their hypothesis that viruses existed before mortals as “self-replicating units.”

I am as ready for this pandemic to be over as anyone else. However, this read from AAAS didn't give me hope that a societal "all-clear" will be uttered, or that we'll overcome our shared arrogance and stupidity:

In the short history of the COVID-19 pandemic, 2021 was the year of the new variants. Alpha, Beta, Gamma, and Delta each had a couple of months in the Sun.

But this was the year of Omicron, which swept the globe late in 2021 and has continued to dominate, with subvariants—given more prosaic names such as BA.1, BA.2, and BA.2.12.1—appearing in rapid succession. Two closely related subvariants named BA.4 and BA.5 are now driving infections around the world, but new candidates, including one named BA.2.75, are knocking on the door.

Omicron’s lasting dominance has evolutionary biologists wondering what comes next. Some think it’s a sign that SARS-CoV-2’s initial frenzy of evolution is over and it, like other coronaviruses that have been with humanity much longer, is settling into a pattern of gradual evolution. “I think a good guess is that either BA.2 or BA.5 will spawn additional descendants with more mutations and that one or more of those subvariants will spread and will be the next thing,” says Jesse Bloom, an evolutionary biologist at the Fred Hutchinson Cancer Research Center.

But others believe a new variant different enough from Omicron and all other variants to deserve the next Greek letter designation, Pi, may already be developing, perhaps in a chronically infected patient. And even if Omicron is not replaced, its dominance is no cause for complacency, says Maria Van Kerkhove, technical lead for COVID-19 at the World Health Organization. “It’s bad enough as it is,” she says. “If we can’t get people to act [without] a new Greek name, that’s a problem.”

As Omicron rages on, scientists have no idea what comes next, Kai Kupferschmidt, American Association for the Advancement of Science 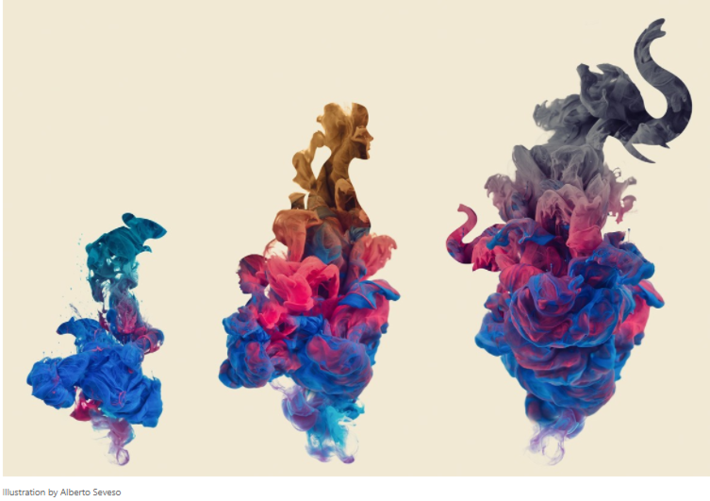 In her laboratory in Barcelona, Spain, Miki Ebisuya has built a clock without cogs, springs, or numbers. This clock doesn’t tick. It is made of genes and proteins, and it keeps time in a layer of cells that Ebisuya’s team has grown in its lab. This biological clock is tiny, but it could help to explain some of the most conspicuous differences between animal species.

Animal cells bustle with activity, and the pace varies between species. In all observed instances, mouse cells run faster than human cells, which tick faster than whale cells. These differences affect how big an animal gets, how its parts are arranged, and perhaps even how long it will live. But biologists have long wondered what cellular timekeepers control these speeds, and why they vary.

A wave of research is starting to yield answers for one of the many clocks that control the workings of cells. There is a clock in early embryos that beats out a regular rhythm by activating and deactivating genes. This ‘segmentation clock’ creates repeating body segments such as the vertebrae in our spines. This is the timepiece that Ebisuya has made in her lab.

“I’m interested in biological time,” says Ebisuya, a developmental biologist at the European Molecular Biology Laboratory Barcelona. “But lifespan or gestation period, they are too long for me to study.” The swift speed of the segmentation clock makes it an ideal model system, she says. 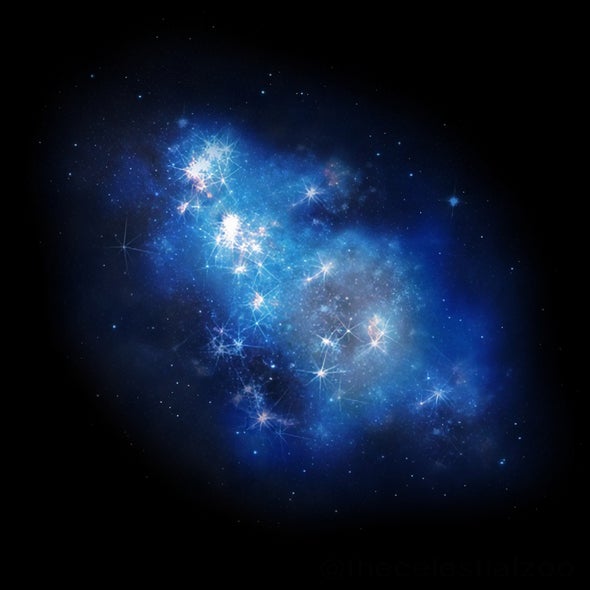 Mrs. Flynt played "telephone" with us, simply lining up the entire fifth grade class in one line, arranged with chairs to accent the exercise. She showed a note to the student at the beginning of the line. She then whispered the contents of the note to the student to her right. I heard it from my neighbor, and whispered it in kind. It followed down line until it got to the last: the note's contents had completely changed from the first student to the twentieth.

I do not recall the original contents of the note, but the exercise has been repeated here on Earth without the need for fusion reactors, rotating habitats to induce artificial gravity, space lasers or Klingons. Culture on a generation starship would change from its origin planet. A society would emerge diametrically different than its original, hopefully far better than our current one, inculcating survival principles that would allow it to finish the journey to its destination, and thrive once there.

In science fiction, there’s something called a generation ship: a spacecraft that ferries humankind on a multiple-generation-long journey to brand new star systems or even galaxies.

The idea has also been touted here in the real world by those hell-bent on traversing the stars. But there’s a major problem with the concept, and we’re not talking about the countless generations doomed to be born and die for the sake of a mission they never agreed to — that’s a whole other thing. Rather, Universe Today points out that, if past is prelude, the language spoken on the ship would eventually evolve to the point that it seems incoherent back on Earth.

On an Interstellar Flight, Language Itself Would Evolve, Dan Robitzski, Futurism

(Inside Science) -- In a jungle cave in the Philippines, scientists have discovered fossils of what may be a new human species they call Homo luzonensis. The newfound teeth and bones combine primitive and modern traits in a way never previously seen together in one species, and suggest much remains to be discovered about human evolution outside Africa.
Although modern humans, Homo sapiens, are now the only surviving branch of the genus Homo, other species of humans once roamed across Earth. For example, previous research suggested Homo erectus, the most likely ancestor of modern humans, made its way out of Africa by at least 1.8 million years ago. In contrast, modern humans may have only begun dispersing from Africa roughly 200,000 years ago.
Fifteen years ago, scientists revealed an unusual extinct human species from the Indonesian island of Flores -- Homo floresiensis, often called "the hobbit" due to its diminutive size, which lived on Earth during the same time as modern humans. This finding hinted that other hominins -- any relatives of modern humans dating from after our ancestors split from those of chimpanzees -- might await discovery in Southeast Asia.